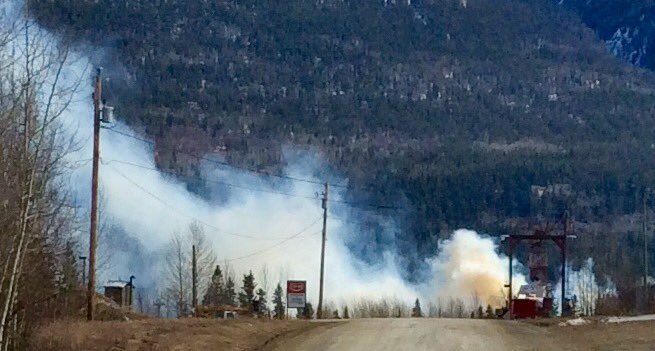 A McBride sawmill caught fire around 5 am this morning.

“The McBride District Volunteer Fire Department responded; they requested support from the Valemount Fire Department and the PG fire Centre. Both arrived on scene; PG Fire Centre Crews have now returned back to Prince George.”

McCloskey says there appears to be no apparent threat to the public or surrounding area.

No one was on site at the time the fire broke out, according to BKB President Raj Basran.

“The mill itself is all burned up, and thankfully there’s no injuries and nobody was around at the time. We have 35 full time employees. We’re not 100% sure on what caused the fire yet and WCB is involved as well. Right now, there’s no entry to the site until they do their investigation as to whether the structure is even sound enough to enter into.”

Basran says he expects the Fire Commissioner to perform an inspection of the site sometime tomorrow.

The mill is a major employer in the village of 600. Basran says they’ll be looking into getting supports in place for the workers and their families.

– with files from Shannon Waters