Christy Clark: ‘We will fight and we will win’ softwood lumber trade dispute with US 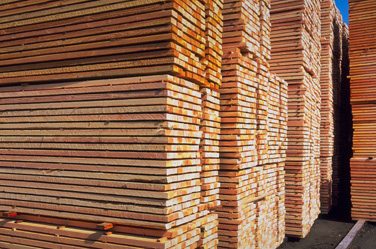 Softwood lumber stacked in an industrial yard. (supplied by Pixabay)

Christy Clark is promising to fight for a fair softwood lumber trade deal with the United States.

The American Department of Commerce announced Monday it wants to enforce up to 24% tariffs on Canadian lumber imports. Clark says BC will be at the bargaining table if the Liberals are elected.

Clark feels the Trump administration is a lot more interested in the economy and jobs that its predecessor. She says she’ll fight BC forestry workers.

“It is our hope that one day our markets will be so diversified that we don’t need another softwood deal with the United States, but in the meantime, we’re going to work to make sure that BC mills can stay open despite the impact of US protectionists and punitive measures.”

Clark shared the BC Liberals’ five-step plan to protect workers now and moving forward. The party, if elected, would pre-purchase BC lumber products for domestic housing projects, and promises that mills will have strong domestic markets.

The party would continue to grow trades overseas, especially with India, China, and Japan. The industry will get financial boosts, including $5 million to its Forest Innovation Investment Fund, and eliminate PST on electrical forest industry by 2018. Lastly, she promised to put a permanent trade office in DC.

The Greens would reduce raw log exports and promote wood products use domestically. It’d also support First Nations and the 140 rural communities that depend on forestry. The party reports that in 2015, the sector employed 65,500 people, generated $8.8 billion in GDP, and provided $1.7 billion in tax revenue for the province.

Section taken from the BC Green Party’s platform

The NDP would work with First Nations as well as industry officials to grow manufacturing opportunities. The party claims that the Liberal government lost over 30,000 forestry jobs while in power. The NDP is aiming to recreate these. Section taken from the BC NDP’s platform