Seniors population in BC booms to 18.3% but Prince George bucks the trend 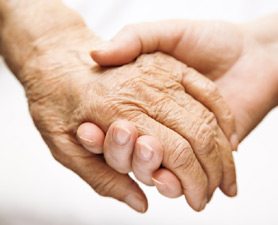 The 2016 Census has uncovered some facts about the ageing population in BC.

The proportion of seniors in the province stands at 18.3%.

In places like Vancouver Island, about two in five residents are 65 years of age or older.

“During the last five years 5 years what happened is that a lot of baby boomers turned 65 and British Columbia recorded the largest increase in the proportion of seniors with the proportion of people aged 65 and over standing at 18.3%.”

That’s not the case in Prince George according to Charbonneau. “The number of children still outnumbered the number of seniors at 14.1% of the population that is 65 years of age or older.”

Charbonneau also weighed in on why northern BC is more youthful than the Lower Mainland.

“Northern BC tends to be a bit younger than the Vancouver area and southern BC this is partly by the fact that fertility might be higher. Aboriginal people are having slightly higher fertility rates than the rest of the population.”

The province also had the lowest proportion of children 14 years of age or younger in western Canada.

Seniors now outnumber children in Canada at 16.9% compared to just 16.6% for youth.