New Craft Brewery & Distillery will be complete with lounge 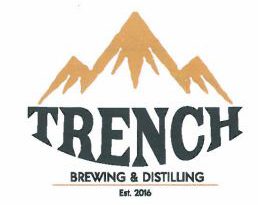 You’ll soon be able to stop into another downtown craft brewery for a pint.

At Monday night’s meeting, City Council approved the soon-to-opened Trench Brewing & Distilling Inc.’s application for a lounge. This means about 100 people can enjoy a few drinks responsibly once the liquor manufacturer opens near 2nd & London. Trench – named after the Rocky Mountain Trench – will be the latest piece of a growing Prince George craft beer scene. Part-owner Craig Schwenning is looking forward to working with other breweries and restaurants, not against them.

“In craft beer, it’s very collaborative and you’ll see different craft breweries they get together, they do brews together, they promote one another. I guess really the competition is Budweiser.”

Once it’s doors are open, Schwenning invites all craft beer lovers in for a unique experience.

“We don’t have that much in the North in terms of (craft beers) but it is growing. You’ll start to see more and more companies like us moving forward and coming out with this sort of thing.”

Trench hopes to open up in late-August, with a grand opening set for September long weekend.