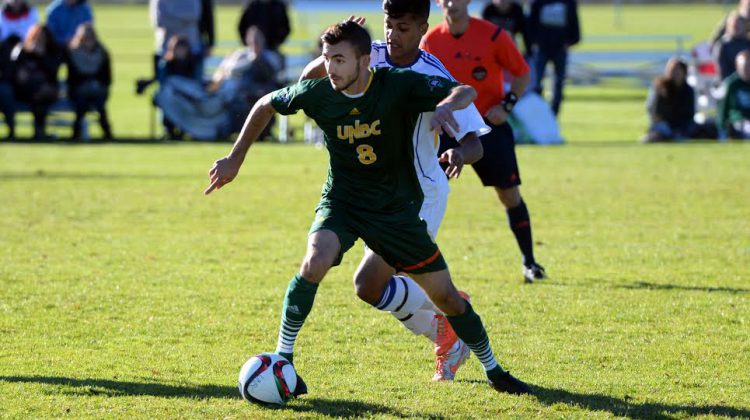 The UNBC Timberwolves’ squads will once again play at Rotary Field.

The men will kick-off the new year at home with a pair of games against the Thompson Rivers Wolfpack on August 25th and 26th.

The men play a total of eight home matches and eight on the road as follows:

The Lady Timberwolves will start their 2017 on the road in the Okanagan, facing the Heat on September 9th.

UNBC will play a total of 14 games, six on home pitch and eight on the road, as follows:

All games will be broadcasted via the CanadaWest TV webcast, which offers more than 150 soccer matches.