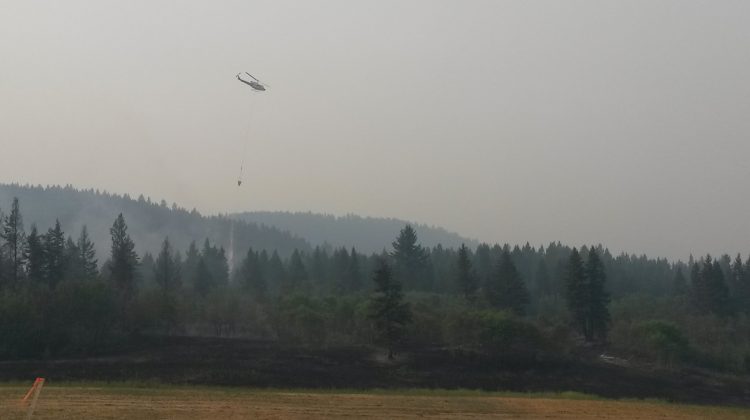 The Ministry of Environment, in collaboration with the Interior Health Authority, has issued a Smoky Skies Advisory for Cariboo, Thompson, Shuswap, Okanagan, Similkameen, Fraser Canyon, and Nicola regions because of forest fire smoke covering the area.

“The main reason for the smoky skies advisory is not to tell people there’s smoke because people can see and smell the smoke. The objective of the advisory is mainly to get the health messaging that’s built into the advisory out and into the public,” says Air Quality Meteorologist with BC Environment in Kamloops, Ralph Adams.

If you are experiencing any of the following symptoms, contact your health care provider:

Exposure is particularly a concern for infants, the elderly and those who have underlying medical conditions such as diabetes, and lung or heart disease.

Smoky skies can affect your health. Stay safe if you're affected by #BCwildfire See these tips https://t.co/VdvtGGug3P pic.twitter.com/9ptB0B1bXu

The advisory will remain in effect until further notice.

“We have absolutely no way of knowing just. it’s entirely dependent on the weather,” says Adams. “Just as the weather yesterday triggered this enormous number of fires that have occurred and this buildup of smoke, if the weather changes the conditions could change equally as rapidly.”

Adams says Williams Lake has a full air station at the Columneetza school and that the values are changing dramatically.

As of 10am Saturday, the following routes are open:

An evacuation alert has been issued for South Lakeside from the Seventh Day Adventist Academy east to the City boundary, with residents, urged to be prepared should an evacuation order be issued.

“Residents are advised to make efforts to reassure relatives of your safety and whereabouts so emergency phone lines are not affected. As well, the City encourages all residents to pack their essentials and valuables so they are prepared should an evacuation order be issued for their residence,” said the City in a release.

With over 180 wildfires burning across #BC smoke will be visible from many areas. To see the current smoke forecast: https://t.co/0yUz27NcTs pic.twitter.com/KRyuhU7TxZ