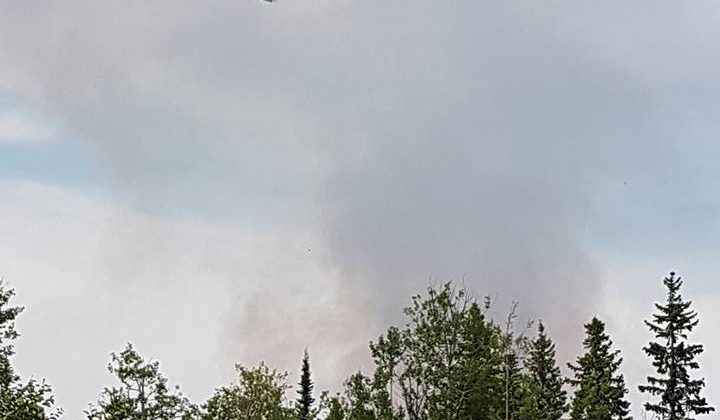 An out-of-control wildfire has prompted a fourth evacuation alert within the Prince George Fire Centre boundary.

The other three evacuation alerts in the Prince George Fire Centre area are within the Regional District of Bulkley-Nechako.

Two of the out-of-control wildfires have grown significantly since yesterday.

The blaze burning about 10 kilometres north of Fort Fraser is now 1,800 hectares in size and was last reported to be moving east.

“We’ve got 26 firefighters on scene with an officer and helicopter and 10 pieces of heavy equipment. Our priority is to make sure that it doesn’t cross Hwy 27 and to keep it from getting into the agriculture area to the south,” says Reynolds.

An evacuation ALERT has also been issued for the rural area there.

Reynolds also expects the weather to help with suppression efforts with rain forecasted for the Fraser Lake area tonight and into Wednesday.

Two other fires have also caused evacuation alerts in the regional district.

One is caused by the Grizzly Lake Fire which is still at 250 hectares in size. Reynolds says they have that blaze – although still considered to be out-of-control – about 70-80 per cent contained.

The other is the Tatuk/Finger Lake Fire. That one is now estimated to be over 1,900 hectares in size. Reynolds says they have one officer and 4 pieces of equipment working to contain that fire which is still out-of-control.

Regional District Of Bulkley-Nechako Chair Bill Miller says all three of the alerts affect around 85 people.

For more info on the alerts visit the regional district website