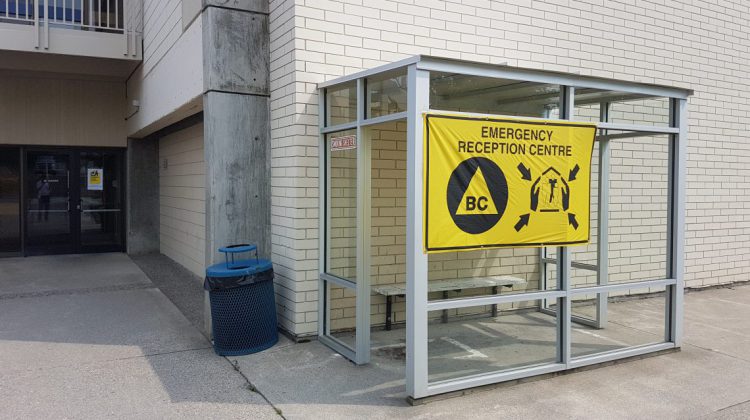 Residents can head home via Highway 16, then south via Hwy 5, and west on Highway 24. Buses will be departing to these communities from the College of New Caledonia starting Monday.

Those who choose to stay in Prince George for medical reasons need to visit the Emergency Reception Centre at CNC.

Despite the lifting of the evacuation order for large parts of the South Cariboo on Saturday, the number of evacuees in Prince George hit a new high on Saturday: 9,500, including nearly 1,800 children. In fact, the number of evacuees is growing simply because of the birth rate. Northern Health is reporting that, thus far, eight children have been born in Prince George to women who have been evacuated from the Cariboo.

Last night featured an informative presentation on the current status of wildfires throughout the Cariboo as well as information on the renewal and use of food vouchers distributed to evacuees on behalf of Emergency Management BC. The whole thing can be found here (starts at 1:19:15).

Three federal ministers and two provincial ministers took a tour of the Emergency Reception Centre in Prince George yesterday. The delegation included senior cabinet ministers from the Governments of Canada and British Columbia:

The group toured the evacuee registration area in the College, the Red Cross services, and an on-site health care clinic. They also participated in a meeting chaired by Mayor Hall that included an update on the Cariboo wildfires and an overview of the various services being provided to evacuees such as lodging, food, health care, transportation, registration, counseling and personal support, and information/communication.

A common question among evacuees is how they can access services, such as groceries, while they are displaced from their homes. These services are described in a form called a referral (or voucher) that evacuees receive upon registration. Vouchers are only valid for a certain number of days, after which they need to be renewed. Here are some questions and answers regarding these services:

What is a referral form (voucher) and where can it be used?

A referral form (or voucher) is issued to evacuees who need financial support for lodging, food, and necessary supplies for the duration of their evacuation.
For those who are not able to store many days’ worth of food and supplies, these forms can be distributed in smaller dollar values appropriate to their needs.
Grocery vouchers issued in Prince George cannot be used in other communities.
Should an evacuation order end and families are allowed to return to their homes, these forms are no longer needed unless evacuees gain an extension for health-related concerns.
For more information about the referral forms for evacuees, please call 1-800-585-9559.

Is there an expiry date on these forms (vouchers)?

Yes, all Emergency Social Services referrals for food come with a date by which they need to be used. If individuals are not able to use the referral form by that date, they are requested to specify that information at the time of registration/renewal.
If the referral expires and has not been spent, the individual can return to a reception centre and apply for another referral.