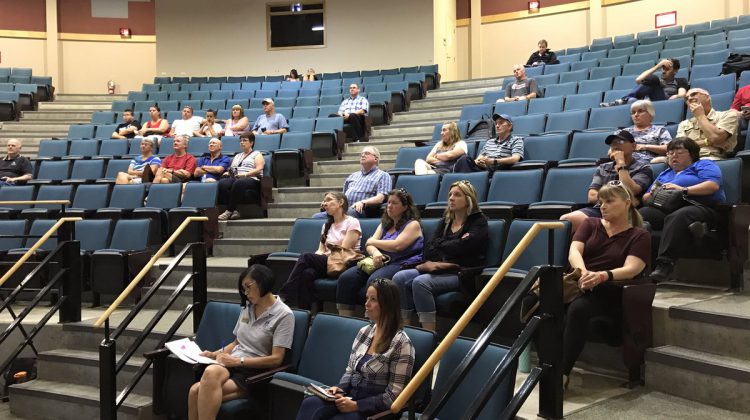 As 100 Mile House residents continue to leave Prince George and take the long journey back to their homes, there are others hoping they can return to their area soon as well.

Desiree Haselhan says despite the waiting, the northern capital experience has been wonderful.

“We’re not entirely anxious, our lives have just been put on hold, and that’s kind of unusual. It’s definitely a new experience for us; we’ve never had this happen before, so we will just wait. I really don’t want to evacuate again.”

The retiree hopes her home is in tact, but also commends the BC Wildfire Service for its hard work in fighting the blazes.

.@BCGovFireInfo: #Chezacut blaze near #WilliamsLake is +10,000 HA, but it's now 40% contained; only firefighters working on this fire pic.twitter.com/qAnFCBHU9d

Dave Moore says he too appreciates Prince George’s hospitality, but his family is becoming more anxious each and every day.

“It’s been an ordeal and a half! The fact there was no real threat to the city, other than roads being cut off or accesses out of the city, I think they jumped the gun on the call.”

Tamara LeClair and her husband Rick were displaced by the Wildwood fire North of Williams Lake, which currently sits at more than 13,000 hectares in size.

She says they were one of the first ones to be evacuated.

“We believe it’s just time to go home. All of our stuff is there, like mementos and keepsakes; we couldn’t bring those because there wasn’t enough room. You really just don’t know what to grab because once you’re evacuated, that’s it. You can’t go back in there.”

The Cariboo Regional District (CRD) had no timeline to present to the 50 people at the town hall meeting.

For more information on the current wildfire situation, you can click here.