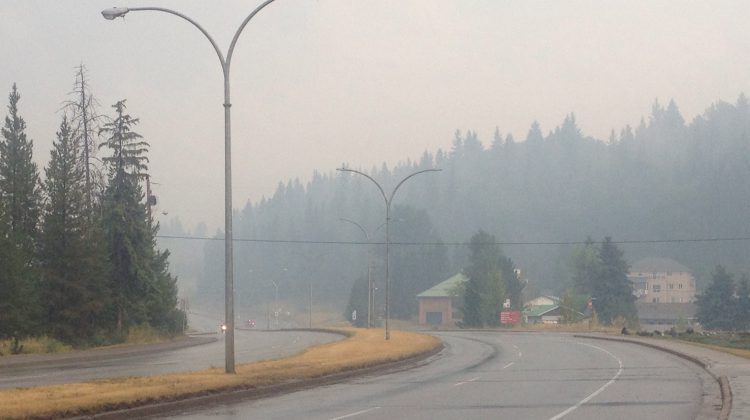 Since April 1st, the BC wildfires have burned more than 762,000 hectares of land.

According to the BC Wildfire Service, that’s more than double the total areas of Greater Vancouver and even the province of Prince Edward Island (PEI).

Chief Fire Information Officer Kevin Skrepnek says there are currently 162 blazes burning in BC, with 15 new ones starting up on Sunday.

“The vast majority of those new fires were lightning-caused throughout the province, and four or five of our fire centres did see these new ones develop and spread as well.”

Residents of Northern BC also took note of some rain showing over the region this weekend, but Skrepnek believes it had little to no effect on suppression efforts.

“It’s certainly welcome, but by no means did the rain over the last 48 hours do much in terms of really putting a dent in the season. Given that we do not see any significant rain, if rain at all, you know we’re likely going to see conditions rebound pretty quickly.”

He says the Interior this week is expected to remain dry with some cooler winds at night.

More than $292.6 million has been used during the crisis in helping the more than 4,000 firefighters and support staff tackle the blazes.

.@KevinSkrepnek: People should remain vigilant, campfire ban still in effect across BC; encourage public to call *5555 to report new fires