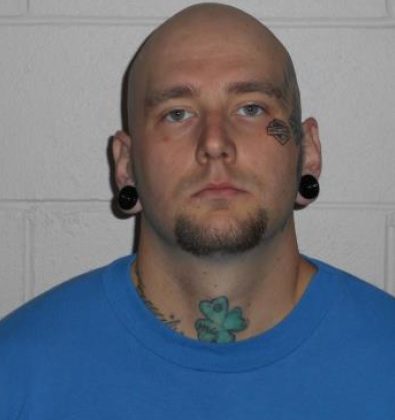 Christopher Lane Lindgren is wanted on a Canada-wide warrant.

A Canada-wide warrant has been issued for a violent criminal after he failed to show up to his designated residence in Prince George.

Christopher Lane Lindgren failed to meet the conditions of his release on Friday, July 28th and RCMP are appealing for the public’s help to find him.

He is bald (hair colour is listed as brown) with several tattoos on his head, neck and upper body.

Lindgren has a criminal record and is considered dangerous.

RCMP say they do not have any indication of where he may be but say he has ties to 100 Mile House and Cache Creek, as well as Grande Prairie and Edmonton in Alberta.

If you do see Lindgren, do not confront him. Instead, contact the Prince George RCMP or your local detachment.