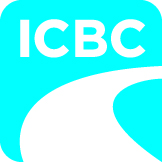 There will be three new faces on ICBC’s board of directors.

The BC government has appointed Jeremy Bell, Bonnie Pearson and Doug Allen to the corporation’s board, effective immediately. In a release, the Ministry of the Attorney General says, “Bell, Pearson and Allen will add years of experience in investment consulting, advocacy and negotiations, and executive leadership to the board’s existing talents.”

David Eby, BC Attorney General and the Minister responsible for ICBC, thanks Catherine Boivie, William Davidson and Ronald Olynik for their service. Their appointments have now been withdrawn.

Also in the government release:

The ICBC board’s primary responsibility is to foster the corporation’s success while protecting the best interests of policyholders, stakeholders, communities and public at large. It oversees the conduct of business of the corporation and provides direction to management, which is responsible for the day-to-day operations. As part of its mandate, the board balances ICBC’s commercial interests with the public policy mandate assigned to it by the B.C. government.

You can view ICBC’s board of operation guidelines here.

Jeremy Bell is a group benefit and investment consultant at George and Bell Consulting, where he is a partner. Prior to this venture, Bell was the chief actuary and chief investment officer with the Healthcare Benefit Trust. Bell had also served as a consultant in the private sector. Active in his profession, Bell served as an alternate trustee with the Municipal Pension Board and as an investment committee member on the Alberta Public Service Pension Plan. Bell has a bachelor of science degree in mathematics from the University of Victoria.

Bonnie Pearson has been a trade union activist and representative throughout her career. She retired in 2015 as secretary – business manager with the Hospital Employees Union. Prior to this, Pearson worked for the Compensation Employees Union, where she represented staff at the Workers Compensation Board. Most recently, Pearson was appointed by the Municipal Employees Pension Committee to serve as a primary retiree trustee. Active within her profession, Pearson served as an elected vice-president of the British Columbia Federation of Labour and was a member of the finance committee.

Doug Allen was the interim chief executive officer (CEO) of TransLink. He has an extensive background in the public and private sectors in British Columbia. Between 2011 and 2014, he served as president and CEO of InTransit BC, which built and operates Canada Line, linking YVR and Richmond to downtown Vancouver.

Since 1996, he has acted as a management consultant, where he undertook a number of assignments related to organizational change and performance management. He was the interim president of BC Ferries, and played a direct role in establishing and restructuring both the BC Safety Authority and the BC Land Title and Survey Authority.