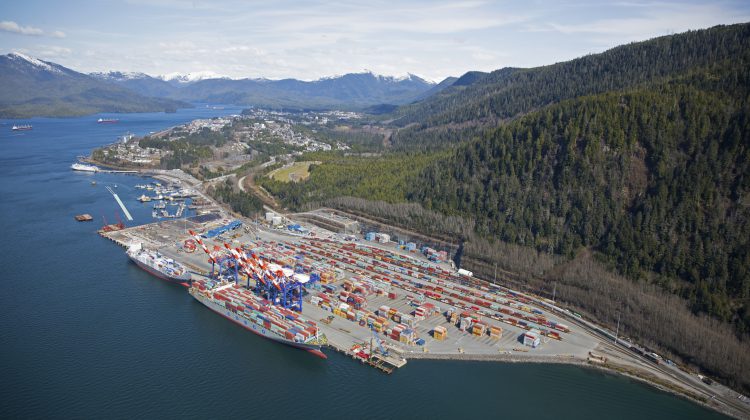 A massive expansion of the Fairview Container Terminal in Prince Rupert is being unveiled this morning.

‘Fairview Phase 2 North’ increases the facility’s capacity by 50%, making it one of the fastest growing container ports in North America.

“Many years, [it’s been] in the top 10 in the world,” says Don Krusel, President and CEO of the Port of Prince Rupert. “I think it’s the worthy to state that one of the critical reasons why Prince Rupert has been so successful is many, many individuals and organizations have come together to ensure its success.” A container is lifted off a vessel. Photo: Port of Prince Rupert

Just how big are those container ships? When asked to describe them, Krusel was almost at a lost for words. He says they are ‘several football fields’ long.

“When we first built the container terminal back in 2007, we built it for 10,000 container-size vessels. These new vessels are twice the size of what the original terminal was planned for [at 20,000 containers].”

Krusel says it’s quite the coup for a facility that didn’t even aspire to be a major player in the shipping game until relatively recently.

“Ten years ago, when we opened up Fairview Container Terminal, prior to that Prince Rupert had not handled a single container and many industry experts were predicting our failure. Rather than failure, the Port of Prince Rupert has emerged as one of the fastest growing container ports in North America.”

He says the port provides 3,300 direct jobs and supports another 2,000 indirect ones.