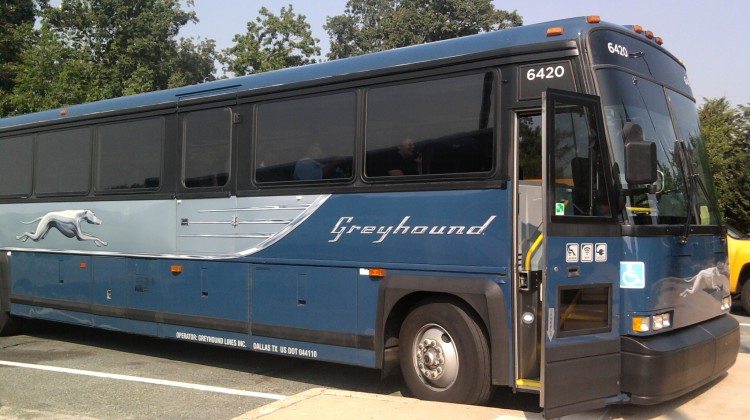 Greyhound is looking to stop its passenger service in Northern BC.

The company has applied to the BC Passenger Transportation Board (PTB) to discontinue service along all of Highway 16, as well as routes north of Prince George to Dawson Creek and up to Whitehorse. The application also covers the Victoria to Nanaimo route on Vancouver Island.

“I know that the proposed route reductions will be a difficult change for affected passengers and communities, and we deeply regret having to issue this filing,” Stuart Kendrick, vice president of Greyhound Canada said in a statement. “The situation has come to a head, however, and despite a long-standing series of corrective measures and discussions with regulatory officials, the reality is that we can no longer operate the unsustainable routes, and we are proposing changes that will make other BC routes more viable.

The company says ridership on the affected routes has dropped 50% since 2010. Provincewide, Greyhound claims ridership has dropped 46% in the same period.

In a release, the Greyhound says its decision to apply to the PTB is an “unavoidable response to a challenging transportation environment.” That same release cites “competition from publicly subsidized services” as a reason for cancelling these routes.

We are continuing our discussions regarding viable options for rural connectivity in British Columbia with the provincial and federal governments. We will continue to provide up-to-date information, signifying our ongoing commitment to our customers. Our focus moving forward is to offer a viable bus service that provides the level of safe, enjoyable and affordable travel that our customers have come to expect.”

However, no changes to service will take place until the board reaches a decision on the application.