Wind gives firefighters a helping hand in the North Cariboo 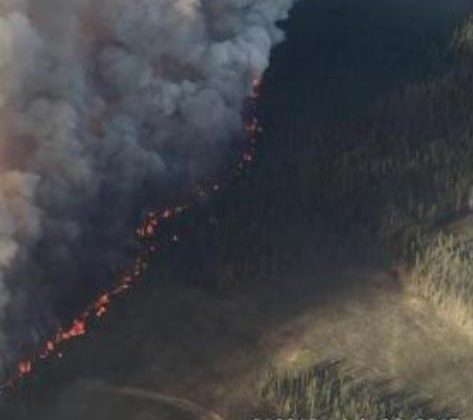 While the winds were causing problems in some parts of the South Cariboo yesterday they were actually helping out with the Plateau fire.

Donna MacPherson, the Fire Information Officer in charge of the northern portion of the province’s largest ever wildfire, explains.

“We were able to implement a burn plan that we had been planning for two to three weeks but the winds weren’t in our favour so when they shifted around to the right location they were able to burn off a nob or a hill in the Nazko area that was causing a bit of concern.”

MacPherson says they were able to a final bit of burning yesterday and to start the mop up.

She says there hasn’t been any significant growth on the fire over the past couple of days and that any growth has been within the perimeter of the fire that is still listed at around 493 thousand hectares.