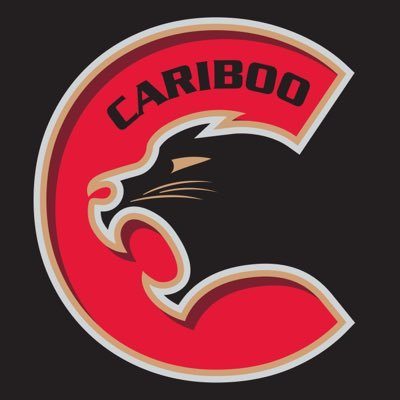 The 16-year old forward from Prince Rupert picked up three goals and one assist this weekend as the defending BCMML champions took care of business against the North Island Silvertips winning 10-2 and 6-2 from Kin 1.

Fudger now has six points in his first eight games as a Cougar after making the team out of camp this fall and is only of a handful from his hometown to put on the Cariboo the jersey.

“The play is a lot faster here and skill wise it’s a lot higher but I have a good group of guys in the dressing room to be with and I am happy to here.”

It’s been a long road for Fudger who began last season playing in the midget tier 4 ranks in Prince Rupert before moving to Comox in the new year, making the jump to tier one before signing with Cariboo.

The lanky power forward is playing on a line with Lane Goodwin and Tanner Bahm who also had to leave home in their pursuit of playing a higher level of hockey.

Like many of the new players, Fudger is adjusting to life away from home. “It was hard at first, but I’ve got great billets and I am living with a guy on the team, I settled in right away and started to get comfortable and all the guys are very nice and school’s great. I’m having lots of fun.”

Cariboo bench boss Tyler Brough has seen a gradual improvement from his fellow rookie since the start of the major midget season.

“I think it took him a little bit of time to get comfortable here in Prince George with his new surroundings and everything like that, which you have to take into consideration. I think our young guys are really stepping up to the plate and maybe needed a weekend or two to get comfortable.”

On Saturday, eight players including Fudger, had multi-point games against North Island.

Most notably, Grady Thomas had a goal and three helpers in the first half of the double header.

Cariboo (4-2-1) heads to Kamloops next weekend and plays the Thompson Blazers from the Sandman Centre.