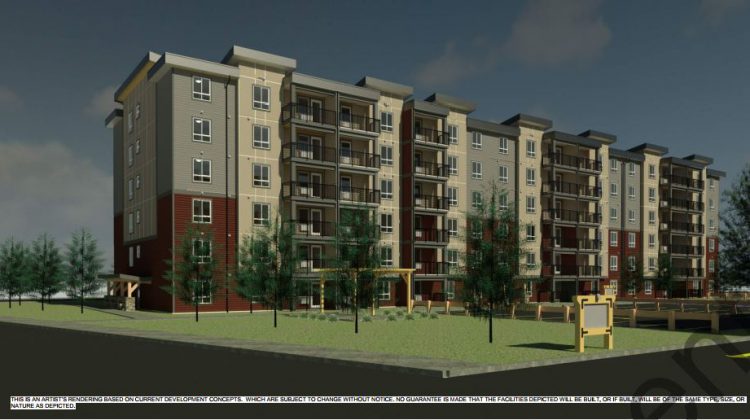 For the first time in his three years as Mayor of Prince George, Lyn Hall had to be the deciding vote in a council decision.

“I think when you have any kind of issue in the community that is somewhat contentious, I’m prepared to make that vote. It’s part of the job,” says Hall.

The vote was 4-4 before Hall went in favour of a housing complex on O’Grady Road.

“Staff had some concerns around various aspects of the development.”

It will consist of two, six-storey buildings housing a total of 167 units, with both underground and surface parking.

“There are areas of the community we know require rental units,” explains Hall. The unit was hotly contested by both Councillors and members of the public who appeared at Monday’s regular council meeting for the formal public hearing.

Traffic in the already-busy area is the main reason a number of residents were concerned, with one woman saying her and her son have faced multiple near-death situations while crossing the street to the nearby school.

Hall says he understands the concerns but also realizes this was an opportunity the city has to jump on.

“O’Grady is a busy thoroughfare and it connects Southridge Avenue to Domano Boulevard and there is an access in that area to a number of stores and that particular access is very, very busy,” Hall says.

According to the traffic analyst who with the project, the projection is that traffic will increase by 1.5% in an excess of 15 years.

Hall acknowledges the City will need to look at O’Grady and see if any upgrades are needed to support the new residential complex.