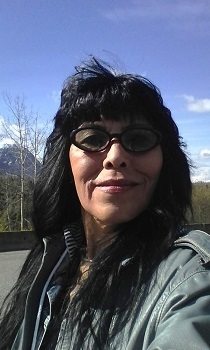 The Smithers RCMP have finished the search for a 53-year-old woman in the Kitseguecla Lake Road area near Moricetown.

Police say they wrapped up the search for Frances Brown on Saturday at nightfall after spending a week looking for Brown in the backcountry.

The native of New Hazelton went missing last week after not returning to the vehicle while mushroom picking with a cousin.

The search has been called one of the largest in Northern BC in the last decade; 21 different search and rescue (SAR) teams from across the province assisted including a helicopter, dog handler, and trackers.

SAR crews were hopeful throughout the week Brown was alive, and she was reported to be well equipped for the outdoors with rain gear and a lighter.

Search crews also located two fires throughout the week; one of the fires showed a sign of direction, according to SAR spokesperson Chris Mushumanski.

Brown is described as:

The RCMP are thanking the SAR volunteers, convergent volunteers including the Canadian Rangers, and the Salvation Army for providing meals at the Command Site.