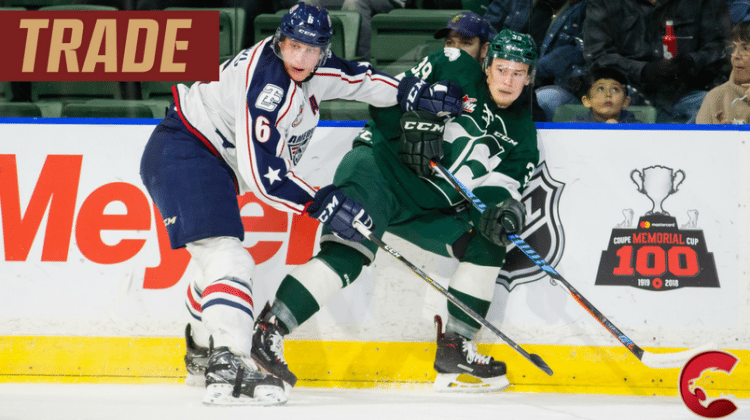 The Prince George Cougars have kicked off 2018 with a bang.

“It’s difficult to part with a quality person like Ethan O’Rourke. He’s a terrific young man, with plenty of potential and he’ll be a great fit in Everett,” says General Manager Todd Harkins in a statement.

The Cougars want to thank @Ethan_ORourke20 for his contributions on the ice & in the community over the past two seasons. You're getting a good one, @WHLsilvertips.#ClassAct #WHL pic.twitter.com/SXD4n94iSd

“Browne fits into that young nucleus we’re building around here in Prince George. He’s someone we feel can really grow within our team and we’re excited to have him in the fold.”

He has split time this year with Everitt and the Drayton Valley Thunder of the Alberta Junior Hockey League.

Brown has one assist in eight games with the Silvertips this season and three goals, five points, in nine games with Drayton Valley.