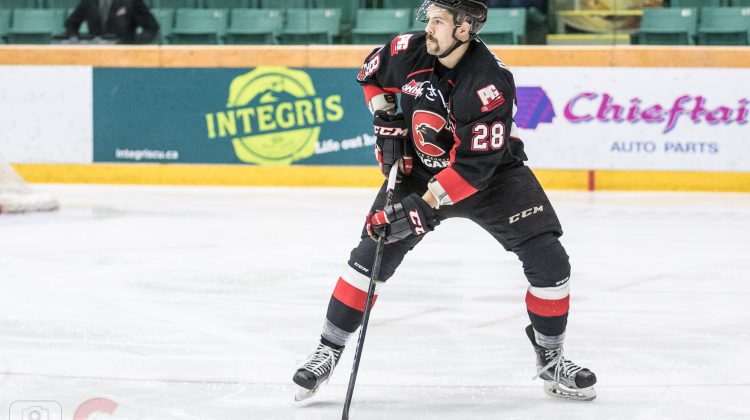 The Prince George Cougars made their third major trade in as many days (and fourth in the past week) by dealing 19-year-old defenceman Josh Anderson to the Swift Current Broncos.

“Josh has been with our organization for the past five years and has been a great leader for us on the blue-line and in the dressing room,” said General Manager Todd Harkins in a release.

The Duncan, BC product appeared in 177 career regular season games with the Cougars, compiling seven goals and 28 assists, to go along with 257 penalty minutes.

This season, he had a goal, six assists, and 42 penalty minutes in 25 games.

Anderson was drafted by the Colorado Avalanche in the third-round, 72nd overall, in the 2016 NHL Draft.

“With this deal, we now have five first-round draft picks in the next three years,” said Harkins.

The Cougars return to action on both Tuesday and Wednesday, when they host the Vancouver Giants.