BC poverty reduction strategy meetings arrive in the North 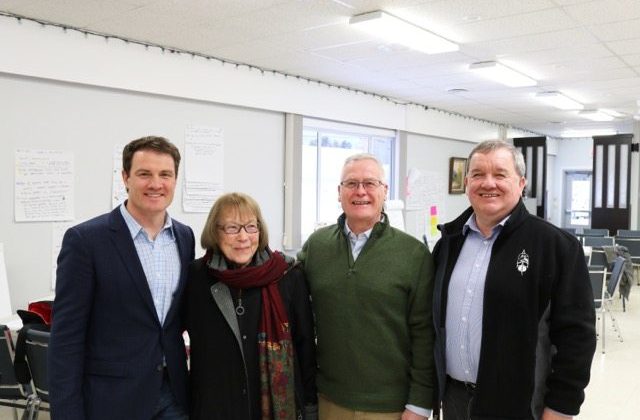 The BC government hosted a poverty reduction strategy community meeting in Smithers over the weekend.

The meeting was an invitation for the public to share local concerns about poverty to help the government shape its province-wide strategy on tackling the issue.

Over 50 people attended the event at the Smithers Seniors Citizen’s Association and participated in a table workshop facilitated by Spark BC.

Minister of Social Development and Poverty Reduction Shane Simpson was in attendance for the discussion said the NDP are serious about tackling this issue.

Simpson said this process is part of the government’s consultation process to get all stakeholders involved in contributing to the solution.

“If we are going to reduce inequality, if we are going to support our most vulnerable citizens – we all have a responsibility to help make this happen. We need the province, the feds, local government, businesses, community and social service providers to come on board, and so our challenge is to bring all those interests together.” Immediate needs around food security, mental health and shelter were identified as some of the concerns the participants had, as was the idea of the ‘health of the land.’

“That is who we are in the north. We are linking poverty reduction to the health of the land and I think that is a pretty ingrained perspective from most of the people here,” said MLA Doug Donaldson.

“This is something the community grapples with all the time.”

The MLA for Stikine adds the issues identified is something he has been advocating in the legislature for the past 10 years.

“If you look at many of the communities in the region, we have the worst socio-economic indicators in the province. To have the team here is a pretty strong indication of how important it is to the government.”

Smithers Mayor Taylor Bachrach also came to learn more of what the province is doing, adding a systems-based approach is necessary to tackle the issue locally.

“You can’t pick out any one part because you find that it’s connected to everything else. Issues around poverty are related to not only employment but to housing and health care; all of these things are interlinked.”

Smithers is one of the 22 community meetings scheduled across the province; Prince George is scheduled to host a session on February 17th.

Upon conclusion of the consultative community meetings, Sparc BC will compile the findings and report back to the government.

The report will available sometime after March.

– with files from Helena Skrinjar, My Bulkley Lakes Now

Thanks to Minister @ShaneLSimpson for coming to #Smithers yesterday to discuss poverty reduction with residents. pic.twitter.com/hxM7TIDKOm