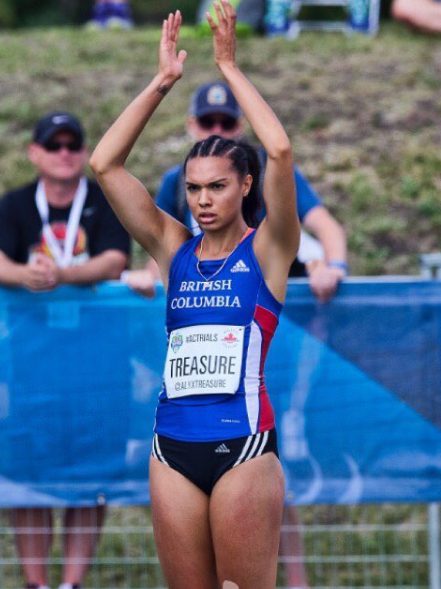 It’s going to be a busy couple of months for Prince George’s Alyx Treasure.

Currently on the road and looking to qualify for World Indoors for high jump, Treasure has been named to Team Canada’s 2018 Commonwealth Games.

“We head out a month in advance so from now on until basically May, I’ll be constantly travelling,” explains Treasure, who will be in Europe for the Indoors circuit this week.

Treasure is no stranger to facing top competition as she is a four-time National champion, owns a top eight finish at the Pan American Games, earned a silver medal in the Pan American Under-20 Championships, and is a NACAC Under-23 champion; Treasure also competed in the 2016 Olympics.

She currently ranks 18th in the world in the Women’s High Jump.

“I think I’m ranked third going in so, of course, I want to be on the podium and hopefully take that gold medal so it’s exciting for me.”

The 2018 Commonwealth Games kick off in Australia on April 4th.

PG hit with a snowfall warning