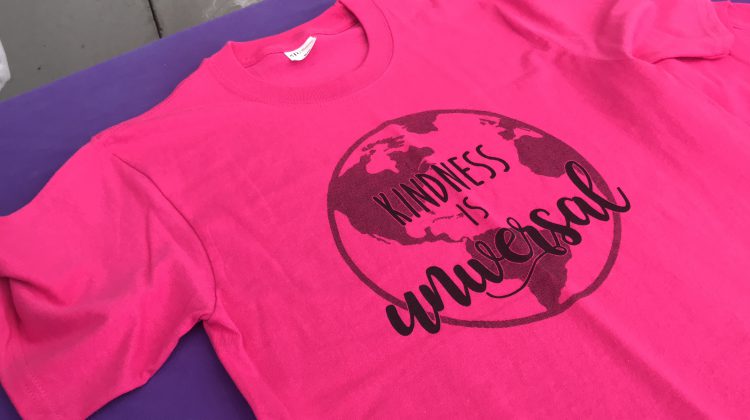 Big Brothers Big Sisters of Prince George is doing its part to crack down on bullying in the city.

For the past four years, the group has organized Pink Shirt Day in PG where fundraisers bring in money to help support the group’s local proactive mentoring programs.

“We feel like it’s very important that the children and youth in Prince George feel safe and comfortable in their community and with their peers,” explains BBBSPG Community Development Manager Darbi Brand.

“Bullying is something that plagues a lot of children as they are growing up so we just wanted to raise awareness that we don’t support bullying.”

Brand stresses while this day is important to note and to pay attention to the message being sent, she says everyday should be viewed as an anti-bullying day.

“We want to show people that you don’t have to tolerate being mistreated and that if you are being kind and others are being kind to you then bullying wouldn’t exist.”

The theme this year for BBBSPG is Kindness is Universal.

The Nechako Rotary club will be hosting a Pink Shirt Day event Wednesday night at the University of Northern BC’s Bentley Centre at 7pm.

Premier John Horgan along with Minister of Education Rob Fleming took part in BC’s 11th annual Pink Shirt Day on the steps of the parliament building. This event also came with an announcement of $100,000 to go towards tools need to support children and parents as they navigate in the digital world.

“This is going to be used to conduct workshop for parents right down to the school level, to help them understand the technology that is often in their kids hands already and to have responsible conversation with their kids about the perils and the benefits of social media,” says Fleming.

The money will be given to the BC School Superintendents’ Association and will offer social media sessions in every school district this year.