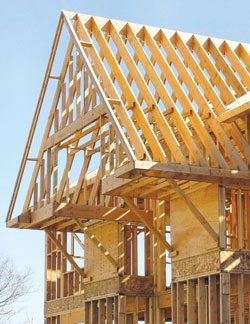 Building permits approved by Prince George City Council are up a significant margin compared to the previous two years.

“We have the utility rates lower, we’ve got, this year, the lowest increase in taxes in 18 years, and then we’ve got the big developments coming,” explains Councillor Garth Frizzell.

“The housing downtown, the swimming pool going up, the new fire hall going up, we’ve got investments in the city.”

The total value of the permits is $14,149,228 to date. This is due, in part, to the larger developments mentioned by Frizzell. He notes there have been other developments within the city that have taken time to finalize and expand, and they seem to be culminating at the same time.

“In the past few years, we’ve had some pretty significant expansion in healthcare and a lot of new highly qualified professionals moving into this city,” he says.

“But now with the economic development we’ve seen, not just in healthcare but all across the city, now the population has to follow.”

Housing has been a hot topic for Prince George Council for some time. When asked about the impact of the new developments and advancing the city, Frizzell smiled.

“We’re seeing those new houses come in, it’s an exciting time, there’s growth. We hear about it so I’m excited to hear what’s going to happen next when Statistics Canada measures our population.”