“A genuine sense of optimism”: Horgan talks pipeline in Ottawa 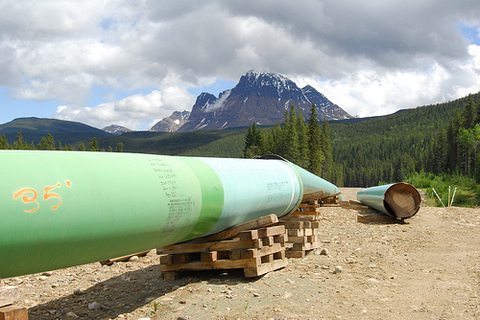 Notably stating he should “get on a plane to Ottawa” to meet and discuss with Alberta Premier Rachel Notley and Prime Minister Justin Trudeau to work out a solution to the pipeline issue.

“He has no answers, he simply does not have a plan to resolve this, we’ve asked for answers but there are none,” explains the Liberal Bond, before noting the local significance the project has on this region.

“They’re talking about a significant number of jobs, investment in Valemount and in the surrounding areas, so there is a direct impact in my riding.”

On Sunday, Horgan did meet in the nation’s capital to discuss the pipeline with Notley and Trudeau.

“It was a useful meeting for all three of us, candid discussions but also a genuine sense of optimism and confidence in Canada,” Horgan says, maintaining his objections to the major pipeline project.

“I believe at this point in the proceeding we had a fair and frank discussion, my obligation is to the people of BC and I’m going to defend that until I’m no longer the Premier.”

PM Trudeau has stated it is not the Province of BC’s jurisdiction to bring a halt to the Trans Mountain Pipeline, instead it is a federal matter.