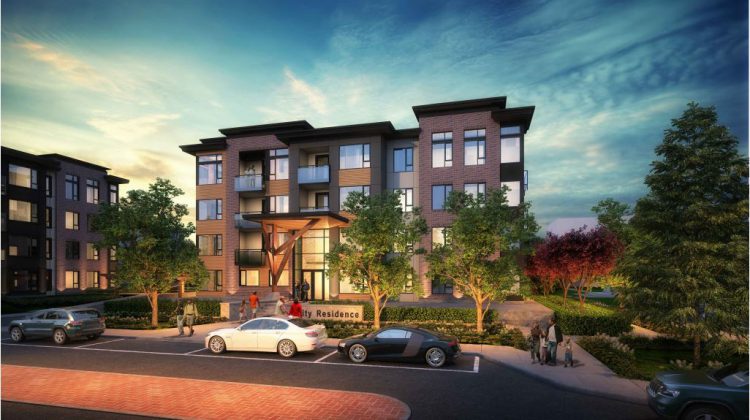 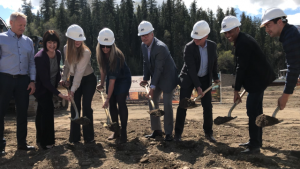 The construction downtown will result in a fair bit more housing.

Park House Condominiums on 6th Avenue, near City Hall, will be four buildings and 153 units.

“It’s going to make a complete change in not just downtown but the entire city,” says Mayor Lyn Hall on the project.

“It gives people another option to look at that wasn’t here before, it’s so important for us.”

The buildings will be modern and “fit within the Prince George look and feel” says A & T Project Developments President Frank Quinn. They are the developer of the project.

Residents will have access to the common areas. Features include a spa, gymnasium, a yoga platform, and a barbecue pit. Outside common spaces will be available to the public.

A City-run express bus will also run twice a day to the College of New Caledonia, the University of Northern BC, and the hospital.

Quinn said during a presentation Monday they are already hearing a ton of interest in buying units. He joked someone working with the City has already tried to put down a deposit.

“It’s kind of unprecedented for us, the number of people that have approached us wanting to give us deposits, which we can’t take because we haven’t got a disclosure statement, is as much as we’ve ever seen anywhere,” Quinn explains.

“We’re sensing that there is a large number of people who are working downtown but can’t live downtown and would like to.”

Another group of people noted showing interest is young adults, which the Mayor is thrilled about.

“I think if we can give millennials an option to live downtown, that’s what changes the face,” Hall says.

“I think [millennials] will be very excited when they start to see this come out of the ground.”

Units will be on sale starting summer 2018 while occupancy is expected for summer 2020.