BC introduces on-, off-reserve housing fund for First Nations 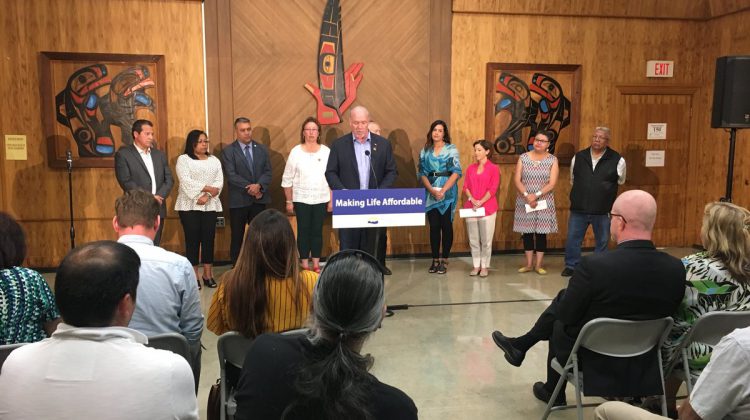 The Building BC: Indigenous Housing Fund will see the provincial government invest $550 million to build several social housing units for on- and off-reserve.

According to Horgan, this will open 1,750 new spaces over 10 years.

“We are opening up the call today, through to October we hope to identify 1,000 units by that time. The criteria will be put in place by BC Housing and the Ministry of Housing.”

.@jjhorgan announces Building BC: Indigenous Housing Fund; BC government will invest $550 million over 10 years to build and operate 1,750 new units of social housing for on- and off-reserve projects #bcpoli @mypgnow pic.twitter.com/mlgrB9O4wC

Despite the announcement coming out of the northern capital, there is no funding specific to the region.

“It’s a project by project basis and on most need, we don’t have a regional criteria at this point,” explains Horgan.

“We will have to see what the intake is, this is the first offering today effective June 18th, so we will see what comes in and we will start to prioritize on need, on ability to deliver by the partners, issues like that.”

BC Housing will be sending requests for proposals to find prospective partners, including Indigenous non-profit housing providers, First Nations, Métis Nation British Columbia, and non-profit and for-profit developers. Indigenous organizations and First Nations will also be able to access provincial support under the new housing funds announced in the 2018 provincial budget and the 30-point housing plan.

Chief Councillor of the Lheidli T’enneh, Dominic Frederick, says this will greatly benefit them.

“We probably have about 100 applicants that are applying for housing,” he explains.

“We haven’t had any housing built for probably about 20 years.”

In a statement, the BC government says this announcement on Indigenous housing is one of many areas they plan on investing in while working towards reconciliation.

This makes BC the first province in Canada to invest provincial housing funds into on-reserve housing.

Very proud to join @jjorgan to announce 1,750 new homes for Indigenous peoples on- and off-reserve in #BC https://t.co/uAKEXAxBJ6 #bcpoli