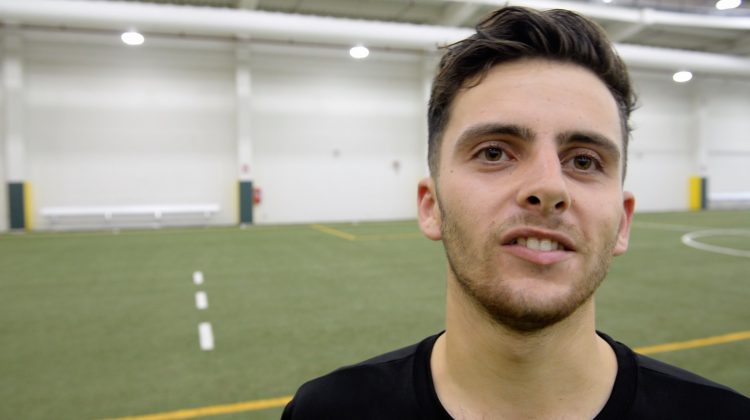 The UNBC Timberwolves will have a European speedster in their lineup when they begin the 2018 Canada West men’s soccer season in just over two weeks.

Winger Pierre Barrafranca, a native of Larmor-Plage in France, has committed to the team.

He joined the Timberwolves for preseason training camp this week and said a discussion with coach Steve Simonson helped lead to his decision.

“When I started talking to Steve, he was interested in my profile. We talked on the phone, and the feeling was very good. We talked about soccer, and I really liked his way of looking at the game. After the call, I decided to come here,” said Barrafranca in a team news release.

The 20-year-old is entering his third year of university soccer eligibility, after spending a pair of seasons in the United States (ASA College in Miami, Florida, and Richland College in Dallas, Texas).

He is coming off a season that saw him score three goals and add three assists.

Barrafranca will study Business while at UNBC.

The Timberwolves will open the regular season at home, August 24th at Masich Place Stadium against the University of Victoria Vikes.