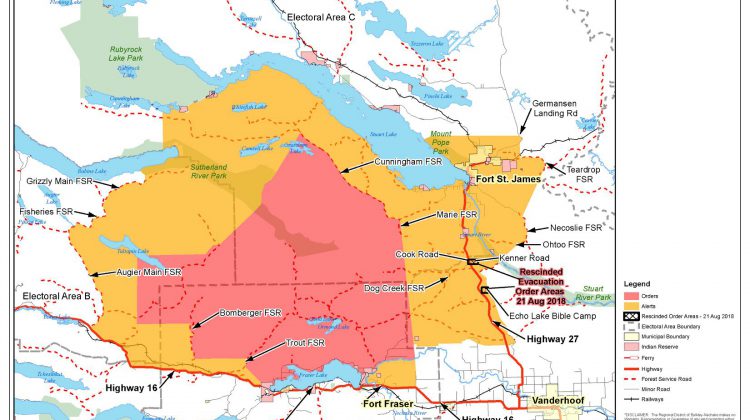 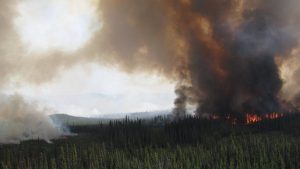 Some good news for residents living near the Shovel Lake wildfire.

The Regional District of Bulkley-Nechako (RDBN) has lifted the evacuation ORDER on a few areas along Highway 27 to Fort St. James, including the Dog Creek community (Cook Road & Kenner Road) and Echo Lake Bible Camp.

However, these areas are still under an evacuation ALERT and residents nearby should be prepared to leave on a moment’s notice if another order is given.

Shovel Lake is still listed at 86,400 hectares in size thanks to better mapping and measurements from the BC Wildfire Service.

The Evacuation ORDER remains in effect for the following areas:

In addition to Dog Creek and Echo Lake. the Evacuation ALERT also remains in effect for the following areas:

More than 230 firefighters are battling this blaze and are encouraging those on an ORDER to leave immediately and to abide by the notice.

The RDBN has issued a partial rescind to the Evacuation Order and Revised Alert for the Shovel Lake Fire August 21 at 1100 hours. pic.twitter.com/6aSKEtjheR