CNC President Reiser to retire in 2019 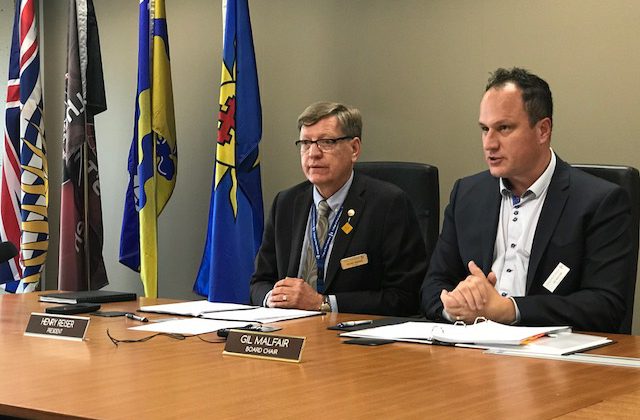 The seventh president of the College of New Caledonia will retire in 2019.

Henry Reiser will ride out the rest of his five-year term as president before calling it a career. He calls the last four years “a collective effort of all employees working towards a strategic direction with primary focus on student success”.

“Henry has led a number of key initiatives and he has been very adamant about getting those initiatives through,” explains CNC Board of Governors Chair Gil Malfair.

“They have added a lot of value to the organization and we will be missing that.”

Henry Reiser, CNC’s seventh president, announces his plans to retire from the College of New Caledonia at the end of his full-term and fifth year as president in June 2019. https://t.co/TWR7RjxPXP Pictured: Henry Reiser with @GilMalfair CNC Board Chair. #mycnc pic.twitter.com/wxdKn52KCe

In the last four years, over $45-million has been invested into new buildings and redevelopment for the college’s six campuses. In addition, Civil Engineering technology was announced this past spring and classes for the new sonography program will begin in January 2019. It is just the second program of its kind in British Columbia.

Before he heads out, however, Reiser has stated he will help ease the new president ease into the position.

“I will stay until the new president is identified and then I will help transition the new president into the role. It’s something that I feel that would be really beneficial to the institution to ensure that we keep going in the same direction.

“With the fiftieth anniversary of the College less than one school year away, there is so much more on the horizon. The College is working towards a new look, new website and new programs and infrastructure developments like our Aboriginal Housing initiative—lots to look forward to in the upcoming year, and I am thrilled to continue to be a part of it.”

A search process is expected through the coming months. The college anticipates the new president will be in place by September 2019.

Reiser says he will be retiring in Prince George on an acreage. He plans on fishing, hunting, and travelling, as well as volunteering and staying involved in the community.