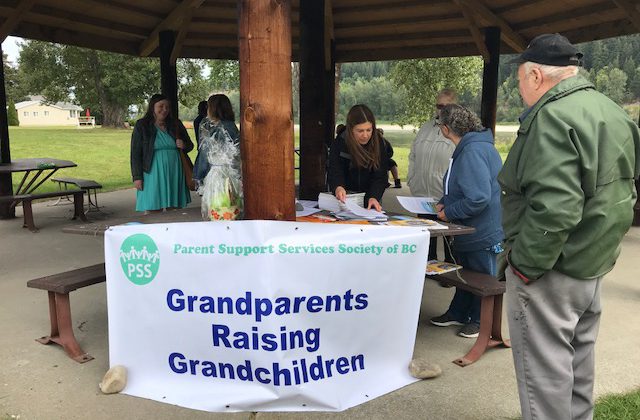 An estimated 13,000+ children in British Columbia are being raised full-time by their grandparents. That is according to the Parent Support Services Society of BC, who also notes that number is growing.

In Prince George, those grandparents are celebrated on International Grandparents Day. An event was held at Paddlewheel Park to mark the occasion.

Ian Wilson has helped with raising his grandson Zackary for a couple years, he says it can challenging taking in a kid who already has certain traits.

“My grandson was three when him and his mom came to live with me and he already had some bad habits that his father wasn’t able to fix or maybe derived it from his dad,” explains Wilson, before moving on to the positives.

“It really is an experience, after all, our grandchildren are our heritage. So I get to watch him grow and get to show him how to do things, teach him, and give him experiences.”

This is the fourth year PSS has celebrated Grandparents Day with events across BC.

Any grandparents or other relatives raising a family member’s child can get information and advice from the Grandparents Raising Grandchildren Support Line at 1-855-474-9777. It is open Monday, Tuesday, Wednesday, and Friday from 10am to 2pm.