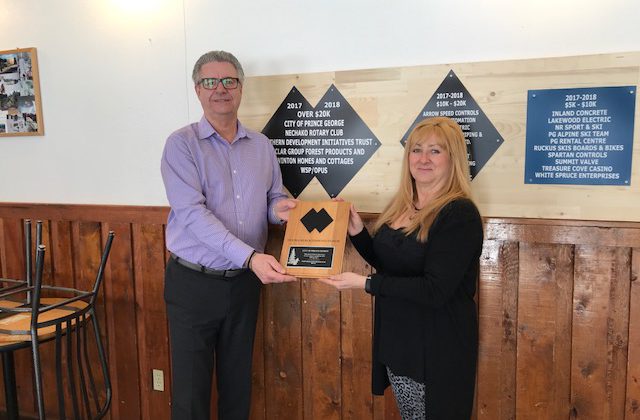 Prince George Mayor Lyn Hall is one of many who is praising the new Community Resiliency Investment Program put forth by the province at the UBCM Convention in Whistler this week.

It’s designed to help governments and First Nations to reduce the risk of wildfires.

Hall believes there’s a lot more wiggle room for places like the northern capital than in the past.

“I think there is more flexibility in it, one of the things that we’re wanting to take a look at is mitigating any issues within the boundaries of Prince George so we want to pursue that and see if it’s eligible for any portion of that money.”

Additional funds from federal or provincial coffers that could assist in the wildfire evacuation process may also be seen as a major plus going forward.

“So that’s an important piece and we’re going to continue to work on that and I think the new program the minister has announced, I’m hoping there’s an opportunity for us to get some dollars out of that as well.”

“When you look at Prince George within our boundaries, I think about a decade ago there was a tremendous amount of mitigation work done with forest flooring getting rid of some of those old groves trimming out, things like old dead trees and those things that were a real concern and a real fire hazard so that’s something we’ll take a look at as well.”

The new program provides 100 percent funding of up to 100 thousand dollars and communities can leverage the money with other provincial and federal funding.

BC Premier John Horgan is expected to address everybody on the final day of the UBCM on Friday morning.

Hall is hoping the topic of housing will be front and centre.

“We’re looking at housing, got projects on the table that require provincial partnership with municipalities so I’m interested in hearing from him on the housing side.”

“Council is going to be dealing with a piece from the provincial budget around allowing the hotel tax to be used for housing, the funding of housing projects in our community so we’re going to be hearing from the council on that and I’m not sure if the premier will talk more about it, the Employer’s Health Tax is also on the forefront from our perspective.”

My Prince George Now will carry part two of our conversation with Hall tomorrow on the possibility of a full-time solution to Greyhound.