District of Vanderhoof Councillor elected to UBCM Executive Board 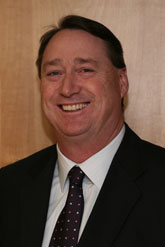 Northern BC representation is alive and well on the Union of British Columbia Municipalities Executive Board.

District of Vanderhoof Councillor Brian Frenkel has been elected Third Vice President for UBCM. He says there is a lot to get done in the province and hopes to add a northern perspective.

“We want to continue working on housing, we want to work on getting some of the infrastructure money that Minister [Selina] Robinson announced a couple days ago to communities that need it,” he explains.

“More specifically I would love to start to look at the land base file and look at what is going on with the fires and floods in British Columbia and start looking at what that means for long-term community stability and economic stability.”

Frenkel is referencing the Community, Culture and Recreation fund, and the Rural and Northern Communities fund which are now accepting applications.

Frenkel served as a UBCM Director at Large for the past year.

The 2018-2019 Executive Board was selected at the UBCM convention which ended Friday.