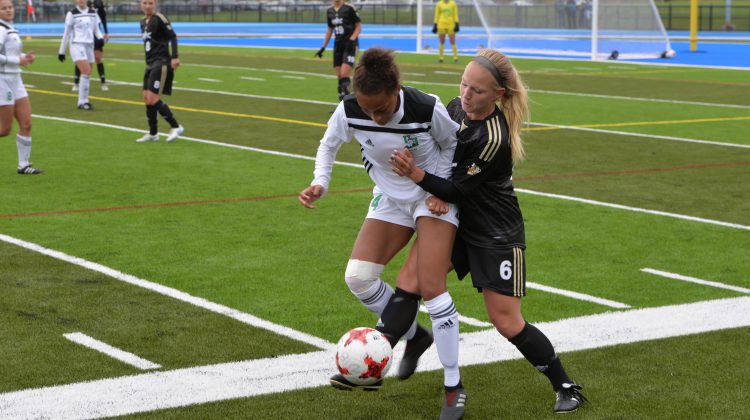 It may not be a win in the standings but the UNBC Timberwolves women’s soccer team showed some grit and mental toughness against the Saskatchewan Huskies.

After falling behind 2-0 at the end of the first half, the Timberwolves rallied late to earn a 2-2 draw against the visitors during a Sunday matinee at Masich Place Stadium.

“You take what you can get and score how you can and you score right until the end and I really think that speaks a lot to our mental toughness,” said Mara McCleary, UNBC Defender.

The tide began to turn for the Timberwolves in the final five minutes as Sonja Neitsch put a crosser into the box where it deflected off a Saskatchewan defender and into the goal, cutting the deficit in half.

Then in the dying second, first-year player Sarah Zuccaro re-directed a corner kick from Paige Payne, which turned out to be a mad scramble and handcuffed Huskies goaltender Jadyn Steinhauer.

Her first ever goal in the Canada West actually had a delayed reaction as McCleary went down during the kick and was slow to get up.

“The ball started to come over and I knew the ball wasn’t going to reach my head so I just tried to get anything on it and hoped it would go in and worked out.”

“There were a lot of different things going on it was kind of crazy almost because I saw it go in but I saw Mara on the ground so I reacted to her first and then I realized I had scored a goal and it was just a lot of emotions all at once.”

WSOC: UNBC Timberwolves tie it up in the dying minutes!! @sarahzuccaro17 scores her first career goal with the timberwolves off of a corner from @PaigePayne74!! pic.twitter.com/CtqQmgsuoB 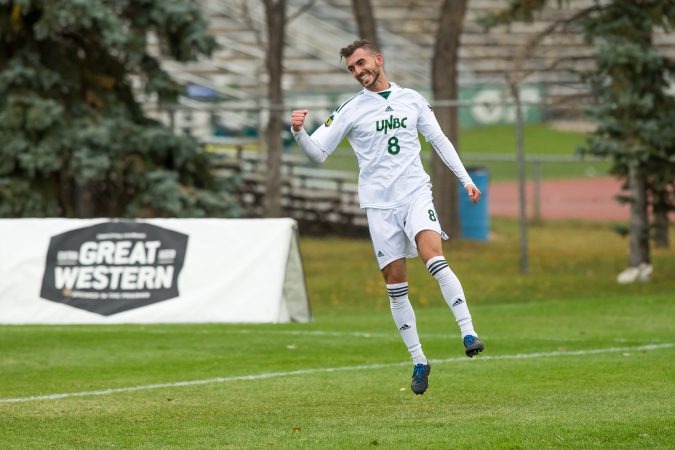 UNBC’s Francesco Bartolillo celebrating one of his two goals. Photo By Josh Schaefer of Huskie Athletics

In men’s action, the Timberwolves blanked the Huskies 3-0 at Griffiths Stadium in Saskatoon on Sunday.

Francesco Bartolillo rippled the onion bag on two occasions and set up another goal by Conrad Rowlands.

Next weekend the men’s soccer team returns to Masich Place Stadium Friday and Sunday with games against the Lethbridge Pronghorns (6PM) and the Calgary Dinos (12PM).