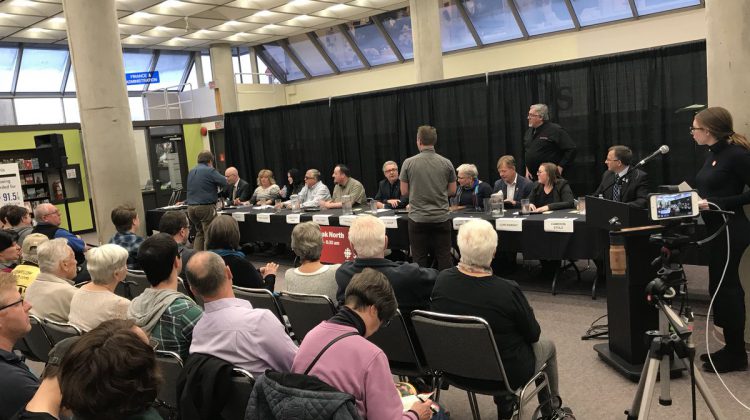 After each hopeful had 90 seconds to introduce themselves, the candidates fielded an array of questions, including affordable housing, emergency resources, infrastructure, backyard chickens, public washrooms and food security.

First time candidate Chris Woods said he would like to see a year round farmers market in downtown Prince George.

“We have farms, we have access to beef, chickens, all that sort of stuff, but we only see it once week. Why can’t we see it seven days a week in a city funded farmers market?”

Woods said his first thought for a location would be in the old Sears building, however, rent in the mall would be too high.

According to him, the farmers market could help solve other problems in the downtown area.

“With an increase of population, not only the workers, but the people in the area, downtown businesses would see more revenue.”

“If we have the additional foot traffic from a farmer’s market, it would also add to the need for public washrooms in that area.”

Woods said infrastructure was also an important issue for him.

The next public forum will be held at UNBC on October 9th.