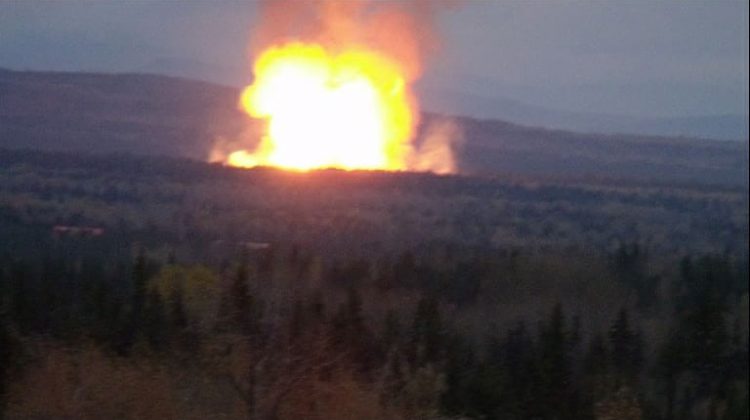 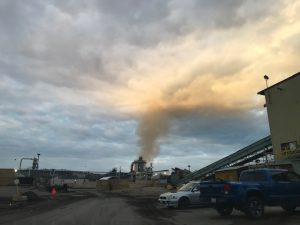 The incident was reported at about 5:30PM on Tuesday by the Prince George RCMP and forced the temporary evacuation of residents living along the Shelley Reserve.

An investigation is underway and explains where they go from here.

“We’ll also be working with the regulators of our pipeline to determine what was the cause of this event and it will be a very detailed process, they will look at the pipe itself, analyze the pipe along with any other factors,” said Michael Barnes, Enbridge Spokesperson.

He adds they’re working to find a quick solution.

“Our crews will be conducting an investigation and it may take a while to determine what happened and there’s a lot of interest in this event in the community and we’re going to get some answers on what took place.”

“Enbridge emergency crews did respond and they have isolated and are finishing the pressurizing of the two natural gas lines in the vicinity to contain this incident and an area was cordoned off.”

Two members of the Transportation Safety Board are en route to Prince George now to investigate the ruptured line.

Prince George RCMP responded to a call of an explosion near Landooz Road, north of PG.

Residents within several kilometres were evacuated as a precaution, but the evacuation zone has since been reduced to one kilometre.

No injuries were reported; the only reported damage is to the pipeline itself.

The explosion involved an Enbridge natural gas pipeline, according to RCMP, and the gas supply has been shut down.

“I saw the smoke, threw my stuff on, and I thought I was just going to drive and check it out,” explains one female witness who was near the scene.

“As I started driving down my street I saw more flames and more flames, and they were getting higher and higher. I just decided to get out.”

No indication of a cause has been determined. Further updates will be provided on Wednesday.

Unconfirmed reports say the fire has been put out. Witnesses say they cannot see smoke or flames anymore.

The City of Prince George has set up an emergency centre due to the fire. The City has also stated it is prepared to deliver emergency support services, in conjunction with the Regional District of Fraser-Fort George, if required.

On the Shelly Reserve past the Canfor pulp mill, there appears to be no sign of smoke or flames @mypgnow

A pipeline explosion has been confirmed to be the reason for a large fire outside of Prince George.

Witnesses near the scene say they heard ‘explosion-like noises’.

A spokesperson has confirmed no Fortis BC infrastructure is on fire and they are monitoring the situation.

Police are only letting residents in “to grab a few things” and then evacuate @mypgnow @CityofPG pic.twitter.com/ebY8xbXJd6