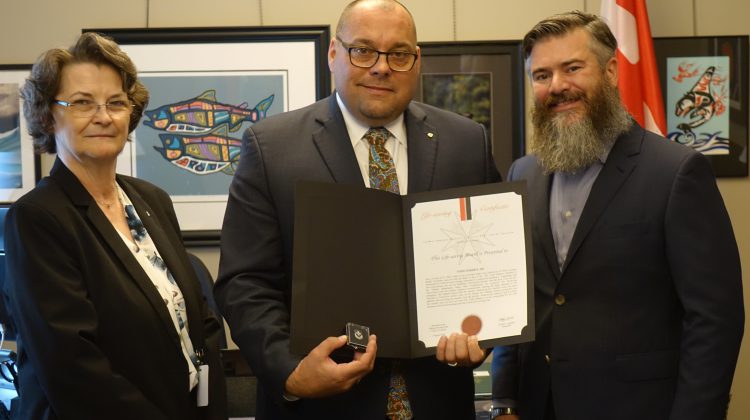 The recent production cuts to the Conifex and West Fraser facilities across Northern BC and the Cariboo has raised some concern from Federal MP Todd Doherty.

The Prince George-Cariboo representative says the industry is in a tough spot and there are many reasons why that is.

“Our fibre supply has been hit hard with infestation whether it’s the pine beetle and the fibre supply has almost been decimated with the forest fire situation that we’ve had and the ongoing tariffs and duties that our producers are expected to pay.”

The forestry sector across Northern BC is facing some tough times and the sudden changes are creating some nervous moments.

“It’s coming at a time where we’re going into the holiday season in Quesnel, Fraser Lake, and the Vanderhoof-area there is going to be some lean times for families.”

He says it’s hard enough to get families to move up here in the first place, so more effort should be made in keeping them in our region.

“Where are they going to go?”

“We don’t have any more projects that are being approved, we never want to lose families and we want to make sure they have the opportunities here at home but there will be some trying times for these families.”

Doherty is pointing the finger at Ottawa along with the federal government for not coming to the aid of the forestry sector.

However, the Conservative Member of Parliament remains united with Nechako Lakes MLA John Rustad who is also BC’s forestry critic.

“It’s not on the radar and my colleague John is bang on and the blame is squarely on our federal and provincial levels of government for not taking this as a priority and now we are seeing it hit hardest exactly where we thought it might be and that’s here at home.”

Facilities in Fort Saint James will experience a 15% cut back next week followed by another reduction during Christmas.

West Fraser will also be cutting a shift impacting workers during the first half of next year.