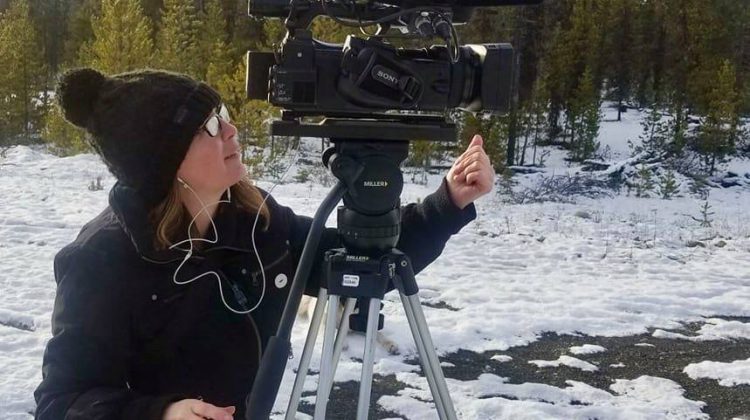 A journalist is saying a member of the Wet’suwet’en has blocked her from interviews and comments following a pro-pipeline article.

Laurie Gail Hamelin, a reporter with the Aboriginal Peoples Television Network, has been reporting on the Unist’ot’en protest against Coastal Gas Link. Earlier this month a judged approved an injunction against them for blocking the Morice River Bridge. Other Wet’suwet’en clans have also stepped in to protest.

In a Facebook post, user Dini Ze Smogelgem, Hereditary Chief of the Laksamshu Clan, one of the five clans of Wet’suwe’ten Nation, also known as Warner Naziel, posted a photo and circled Hamelin’s name, saying she had been banned from reporting on the standoff with CGL after she wrote an article quoting Helen Michelle, who claims to be a hereditary chief.

“This reporter from APTN was just banned from covering any stories on the stand off with CGL. The person claiming to hold a hereditary chief title has never actually followed protocol to assume the name in front of other hereditary chiefs in a Wet’suwet’en Feast Hall,” wrote Smogelgem.

“She was an elected chief who has historically signed deals with CGL as an elected chief. The reporter thought that she was creating a balanced story but has instead created a story undermining the Wet’suwet’en Head Hereditary Chiefs.”

Karyn Pugliese, Executive Director of news and current affairs for APTN, said she hadn’t been contacted by anyone from the Wet’suwet’en but hopes they are willing to speak with either her or Hamelin.

“She’s been covering the protest against the LNG pipeline, and she went into a community and covered the other side of it,” said Pugliese.

“This is our job. This is what we do. We report on all sides of the story and all opinions. It doesn’t matter if we personally agree with them or don’t agree with them, it’s not our job, our job is to reflect the voices of all of our people.”

Hamelin released this statement to MyPGNow.

“I have been covering LNG Canada/Coastal GasLink and the Unist’ot’en Camp since November, along with other APTN web journalists.  I first went to the Unist’ot’en Camp in late November and shot a story with Freda Huson, Dini Ze Smogelgem and Wet’suwet’en Hereditary Chiefs in late November.  I went back up last Monday and covered the updated story, including the new Gidimt’en Camp. While there I needed to tell the other side of the story. It was difficult, I was told by 2 different people that most feared speaking out because there was already a big divide in the communities.  I spoke with Helen Michelle, a Hereditary Chief from Skin Tyee Nation, who said she wasn’t afraid to speak out and was proud of the deal her Chief signed with Coastal GasLink.”

“The story aired Thursday and before I boarded my plane to leave for Vancouver I read a FB message from Dini Ze Smogelgem telling me I was going to be banned from going to the camps.  When I got off the plane I saw that he publicly announced that I was now banned on his FB page.”

“Since then I have received private messages from people I don’t know stating their concerns with my coverage and messages of support stating that I did my due diligence as a reporter to cover both sides.”

“I am aware of all the negative comments posted now throughout social media.  I responded to Smogelgem’s post 2 nights ago. This is not the first time an Indigenous reporter has been banned from covering stories.  Many communities don’t always agree with other points of view, but I have to continue to tell all sides.”

“I value my relationships that I build with people and am disappointed that this is happening.”

MyPGNow has reached out to the Office of the Wet’suwet’en and Facebook user Dini Ze Smogelgem, however, we have not received a response as of this publication.