RCMP on the move to Unist’ot’en camp 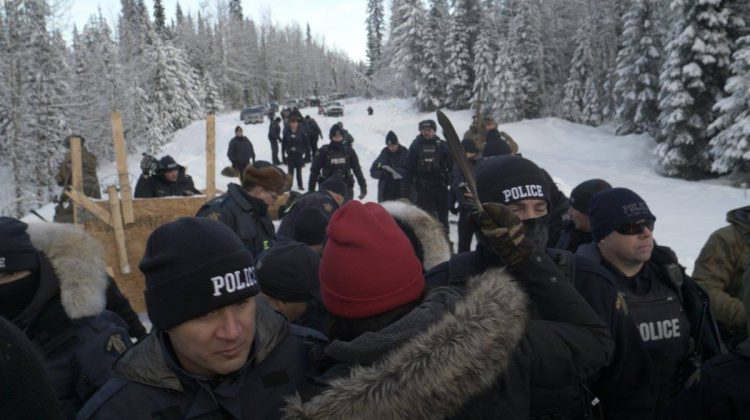 Following the dismantling of the Gidimt’en blockade yesterday, police are now on the way to a second protest camp.

RCMP spokesperson Madonna Saunderson said crews are headed to the Unist’ot’en pipeline protest camp near Houston to enforce an injunction against anyone blocking the LNG natural gas pipeline slated to go through their territory.

Yesterday, 14 people were arrested along the Morice West Forest Service Road as part of the injunction.

“They’re headed to the scene, I don’t know when they will get there,” she said this morning.

According to her, they have resources “over and above” the Houston detachment, and though she would not confirm the number of officers that are on their way, they “have what they need to facilitate this enforcement.”

“For the ongoing investigation and the safety of all officers involved, we can’t give out numbers.”

We will be updating as information becomes available.