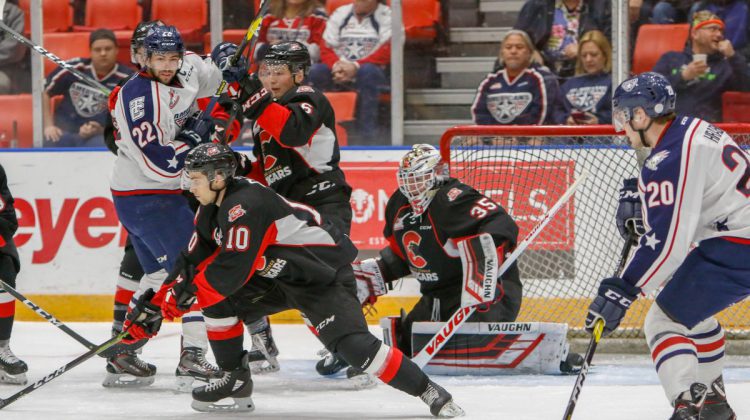 Taylor Gauthier is at the top of his game and the Prince George Cougars are benefitting.

Gauthier earned his second shutout of the season in the Cougars 1-0 victory over the Tri-City Americans, before 2,566 fans in Kennewick, Washington.

The Cougars have won back-to-back games for the first time since November 14th.

Ethan Browne scored the only goal (his first since November 23rd) and it came at 16:05 of the second period with assists to Joel Lakusta and Austin Crossley.

Prince George went 0/2 on the power play while Tri-City was 0/3.

The 14-21-1-2 Cougars are two points behind the (15-19-2-1) Kamloops Blazers for the second and final wild-card spot with Kamloops holding one game in hand.

Prince George is also three points ahead of the last place (12-21-4) Seattle Thunderbirds in the Western Conference.

The Cougars host the (17-18-3-1) Kelowna Rockets Friday and Saturday to begin a six-game homestand.

The WHL trade deadline is Thursday afternoon at 2:00 (PT).

The Cougars selected Eastman in the second-round, 44th overall, in the 2018 WHL Bantam Draft.

Proud to have signed with the @PGCougars I’m excited to be a part of this team! Thank you to all who have helped me get to where I am!! https://t.co/7mgNnLrXFa