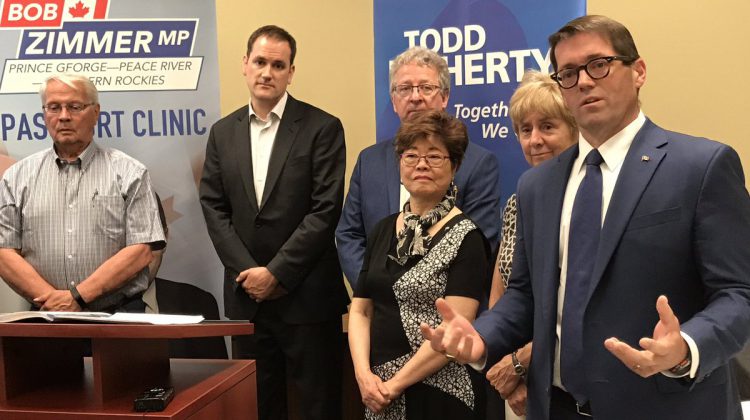 Zimmer spoke with My PG Now and believes the discussion is long overdue.

“You know, a lot of us as I mentioned before wondered why it hasn’t happened yet and if we could add any kind of safety level to getting kids to school we should be looking into it seriously so I am glad it is being pursued and we’ll see what comes out of that.”

The Conservative Member of Parliament is curious why this wasn’t thought of sooner.

“It’s been something I have wondered about for a long time on why it’s just not there and I always wondered if it was for a safety purpose maybe for some reason it was safer to not have them on a bus but I think we have seen enough crashes that it would have added to the safety of transporting kids.”

“Especially after Humboldt, which was almost a year ago and we don’t want to see that again. Our kids are the most prized things that we have and we want to make sure that they get to school and home safe and I appreciate my own four kids getting home safe after trips with hockey or whatever sport they played and I expect the school districts to take this seriously and I know they do.”

Federal Transportation Minister Marc Garneau announced earlier this week the committee would be made up of politicians, school boards and bus companies from across Canada.

Zimmer gave his stamp of approval on having all three groups at the table, looking for the best possible solution.

“It seems to be a good mix. We definitely want the experts to be advised what needs to be done as opposed to us making decisions on our own so to have the school districts involved is probably the most important thing.”

If Transport Canada mandates seatbelts, the responsibility would fall on provincial officials to make sure all buses are retrofitted.