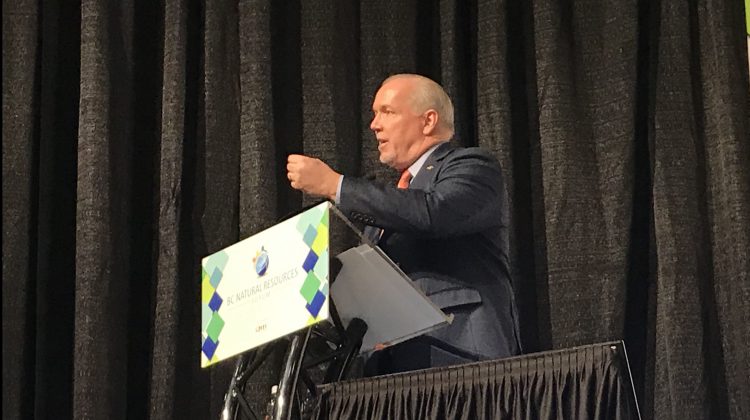 Premier John Horgan at the BC Natural Resources Forum | Photo by MyPGNow.com staff

Premier John Horgan addressed a packed house of hundreds in attendance for the BC Natural Resources Forum Wednesday.

While a truck rally in support of resource sector development was meeting outside of the PG Civic and Conference Centre, Horgan touched on the many challenges the province is facing, including the aftermath of one of the worst wildfire seasons on record, childcare costs and the LNG pipeline protest.

Despite those issues, Horgan wanted to emphasize the province’s financial standing.

“We have the lowest debt to GDP ratio since the middle of the last decade, we continue to have a triple-A credit rating and our operating debt has been fully eliminated for the first time since 1976.”

“These are significant accomplishments all while creating a capital plan that will see us building more hospitals, more roads and more bridges.”