Second sonography program in BC launched at CNC 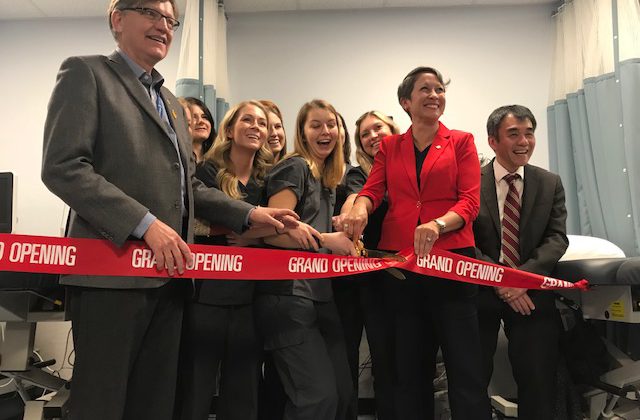 Yet again, CNC is breaking ground here in the North.

This morning, eight students at the College of New Caledonia helped BC’s Minister of Advanced Education, Melanie Mark, cut the ribbon on the newly renovated classroom and lab space for a specialised program.

The Northern Diagnostic Medical Sonography program opened at CNC’s Prince George Campus on January 7th of this year and it’s one of only two publicly funded sonography programs in British Columbia. 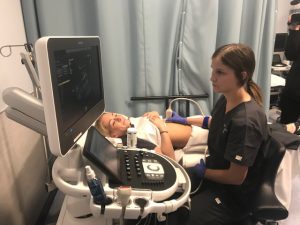 Before this, students wanting to study in that area had to go down south to the British Columbia Institute of Technology, previously the only option in the province.

The program was originally approved in 2016, and Glenda Vardy Dell, Dean of Health Sciences, said the school has had to develop its own curriculum and space to facilitate it. It took a team of dedicated people at the college to bring the program from approval to fruition.

She said they focus on keeping students in the North, to do so, they added in an admission criteria that anyone with a northern address for the last two years would get extra points on their application.

“We call it ‘growing our own,” said Vardy Dell.

Other than one student, everyone in the groundbreaking program has a northern connection, but Vardy Dell said they’ll just need to find a partner for her so she’ll stay.

“That’s often what happens, they come and meet a girl or a boy and they stay, and so we’re going to put some pressure on her so she’ll begin to appreciate the North the way we do.”