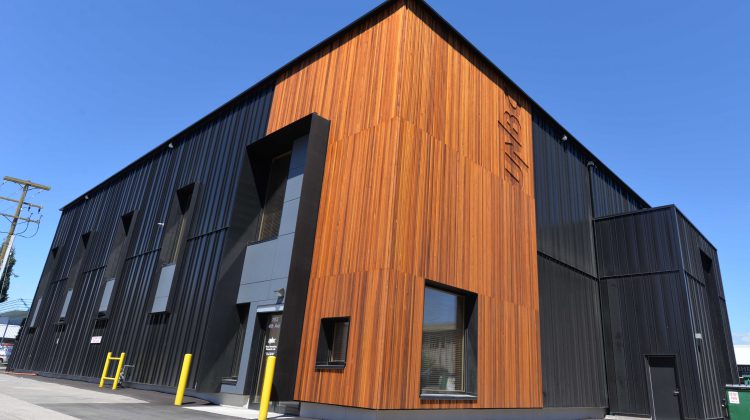 The University of Northern British Columbia certainly knows how to ‘spruce’ things up.

The Wood Innovation Research Lab (WIRL) has been recognized as a Passive House, a building that uses up to 90 per cent less energy for heating and cooling compared with standard buildings.

It’s the first building of its kind to exceed the international standard when also paired with the method in which the structure has been constructed.

While located in downtown Prince George, the building is intended to provide UNBC students, faculty, and researchers from the Master of Engineering Integrated Wood Design with the ability to build and test large-scale integrated wood using engineered wood products.

The building is truly a marvel, recently winning the Environmental Performance Award at the Wood Works! 2019 Wood Design Awards BC event.

The awards are put on by the Canadian Wood Council, with the overall goal to support innovation and provide leadership on the use of wood and its products.

Stantec Architecture — the company behind the construction project — were the ones taking home the award at the awards event held in Vancouver last week.

That being said, UNBC certainly isn’t wanting to shy away from taking their piece of credit, as the majority of the preliminary work and design of the building were done by their faculty and students.

“[We] specified exactly what we wanted, so we were basically driving the project. But, officially, the award goes to the architect,” UNBC Associate Professor Dr. Guido Wimmers told My PG Now.

Wimmers explained that when they came to a realization that the University was in need of a much larger lab, they applied for a grant through the government. Part of that application process was completing a study on the energy efficiency plans of the structure and determining whether it would be feasible to pass as a Passive House — not an easy achievement given the climate found in Northern BC.

The next step was to determine how the building could be built in the most cost efficient way, all of which was done by the faculty and Integrated Wood Design students at UNBC.

From there, the design was then posted, which then led to the local contracting company IDL partnered with Stantec coming out as the company chosen to complete the construction project.

“So even though we did all the preliminary design, you still need an architect and engineer who actually stamps it and takes over the responsibility for it, and in this case it was Stantec,” explained Wimmers.

Don’t let the name fool you. Passive Houses are the future.

The term ‘Passive House’ takes into consideration the level of energy efficiency a building has. According to Wimmers, it’s something that’s still relatively new to Canada, despite being introduced in European countries 20-25 years ago.

Since moving to Canada from Austria, Wimmers was an initiator of Canada’s first Passive House, which is located in Whistler.

As a result, when the University noticed a need for a new building, Wimmers said he’d stick to what he knew.

“It was kind of a no brainer. If I’m responsible for a new building, then it has to be truly energy efficient.”

Prior to moving to Canada in 2007 he was head of the building science department of Energie Tirol and worked on Passive House Projects in Austria, Germany, and Italy, and has since influenced British Columbia’s construction standard to the point that by 2032, all buildings constructed in the province, while not necessarily to the standard of a Passive House, will be relatively high in terms of the structure’s overall efficiency towards energy.