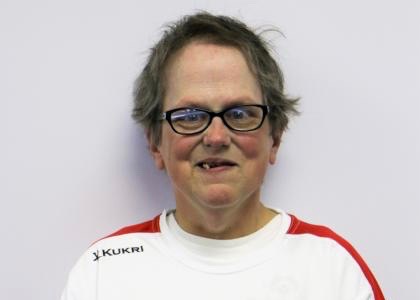 In the House of Commons, Doherty stated the following.

While competing for Team Canada at the 2019 Special Olympics World Games in Abu Dhabi, Linda struck gold, bowling over the competition, as she captured the women’s singles (10-pin) championship, but Linda was not finished there.

She added another gold medal and a silver medal to her tally.

At 56 years of age, Linda’s dedication to her family, her community and her sport is second
to none.

To quote her coach, Tracey Cole, “She is such a positive and committed athlete”.

Linda was representing our country for the second time on the international stage as she also competed in the 2015 Special Olympics World Summer Games where she also brought home a silver medal.

The Special Olympics motto is “’Let me win, but if I cannot win, let me be brave in the attempt”.

Linda has made us all so very proud. We thank her for being an incredible ambassador to our country, to our community and to her sport.”

Renner won gold in singles and doubles and silver in the team event.