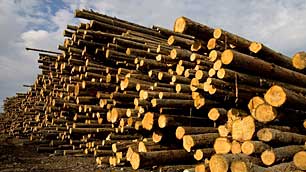 A recent trade trip to Asia is helping to ensure long-term relationships and create more opportunities for Northern Britsh Columbia.

Opportunities like forestry and the new LNG Canada project were top of mind for Japan and Korea during the six-day trade trip.

Minister of Jobs, Trade and Technology, Bruce Ralston said a big interest was in the alternative energy the province could offer.

“Korean gas company, supplies 70 per cent of natural gas to metropolitan Seoul, so they are very keen on LNG Canada being another supplier.”

In addition to LNG, Ralston said there was a big market in Japan for wood pellets to promote clean energy.

“In 2017, a Japanese company bought a 48 per cent stake in Pacific Bioenergy Corporation, a Prince George company that’s the second largest supplier of wood pellets in the country.”

Japan is Canada’s third largest trade partner, with Korea being the fourth, making a relationship with the two countries important to help build B.C.’s economy.

“In the end, for the ideal citizen, it means good jobs for them and their families.”