Gas prices in PG are starting to resemble the wild west: Gasbuddy.com 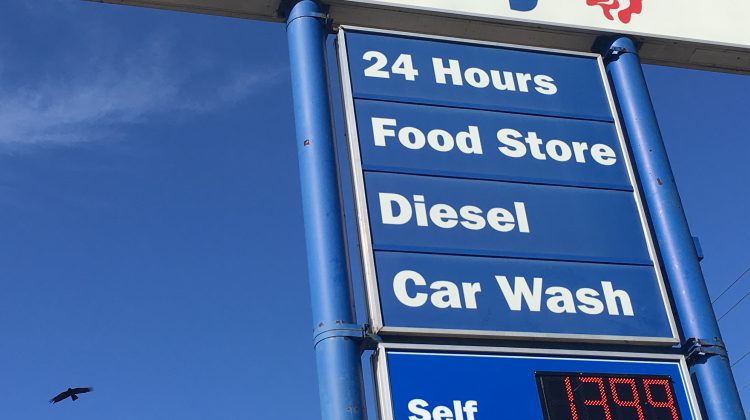 As if going to the gas station wasn’t painful enough, drivers in Prince George will be steaming mad the next time they fill up as a few stations are at a buck forty a litre.

Most other stations in the northern capital are in the 128.9 or 129.9 range with Costco remaining the cheapest place to buy at 126.9.

Senior Petroleum Analyst with Gasbuddy.com, Dan McTeague tells My PG Now a lot of gas stations in the city aren’t allowing themselves to recover what it takes to actually run a gas station.

“Some of the big deep discounters in Prince George are getting sweetheart deals. If I see a dollar-twenty-six-point-nine knowing the wholesale price is about ninety-one or ninety-two cents a litre plus tax, you’re getting a five cent discount that nobody else gets.”

He adds the majority of stations are in a tough spot who can not afford a loss to their bottom line.

“It’s costing me a dollar-thirty-one to buy my fuel and I can’t be selling it for a dollar-twenty-eight or a dollar-twenty-six unless I’ve got some kind of a friend, a rich uncle or I am not doing my calculations correctly or a generous bank. The only way a company can survive in the Prince George market right now is to have prices at a dollar thirty-six at a minimum.”

McTeague expects prices to rise to the dollar-forty-one range at some point, however, that’s a drop in the bucket compared to Vancouver where the price is as high as 168.9.