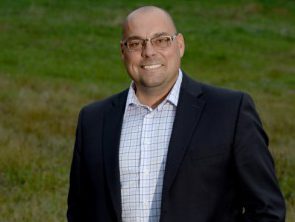 Approximately 200 participants from across Canada including Cariboo-Prince George MP Todd Doherty attended a national conference in Ottawa this week to help inform the development of a federal framework on PTSD.

“It was mandated out of my piece of legislation C-211 that within twelve months of my bill coming into force, becoming law that the government was to convene a meeting with provincial, territorial, industry stakeholder groups, and medical, healthcare, and clinical professionals to start the process in developing a framework with respect to PTSD particularly with those that serve our country and our community,” Doherty said.

During the two day conference, Tuesday and Wednesday, Lieutenant-General (ret.) the Honourable Roméo A. Dallaire also shared his experience with a severe operational stress injury sustained during his work leading the UN Peacekeeping Mission in Rwanda during the 1994 genocide.

“When Dallaire stood up and said in his opening remarks that Canada is leading the way and this is world-leading legislation, and we’re all here because of this gentleman sitting in the front row and points to me saying this country owes you a debt of gratitude to getting us to this point it’s fairly humbling,” Doherty said.

“You know I’ll say this all we have done to this point has created a lot of hope. We need to make sure that we are acting and hopeful that out of the two days of conference and discussions that took place, and the subsequent meetings and working groups that we will be able to develop or the government will be able to develop a framework that has some teeth, that will ensure that we are doing everything within our power to creating awareness, building educational tools, developing consistent diagnosis, care, treatment, and terminology so that we are doing everything in our power to make sure that people are not choosing life over death, that we’re stemming that epidemic of suicides that we’re seeing in our first responders, our veterans, and our military.”

Because Doherty’s bill mandates the Federal government to hold the conference but also to report back within 18 months by the time C-211 came into force, the government will have to report in December 2019 where they are at in the process, the framework where it stands at that point, and the next steps.

“The next interval will be at five years and we need to make sure we are building the data and surveillance so that we can track, Doherty said.

“I was just overwhelmed by the people that were in the room that were all committed to fighting this so I was really heartened with that so we’ll see what goes on from there. But as I tell you the same as what I have told everyone else, just because we got a bill passed doesn’t mean we can rest because every day there’s somebody who’s choosing death over life.”