WATCH: One man in a rat rod 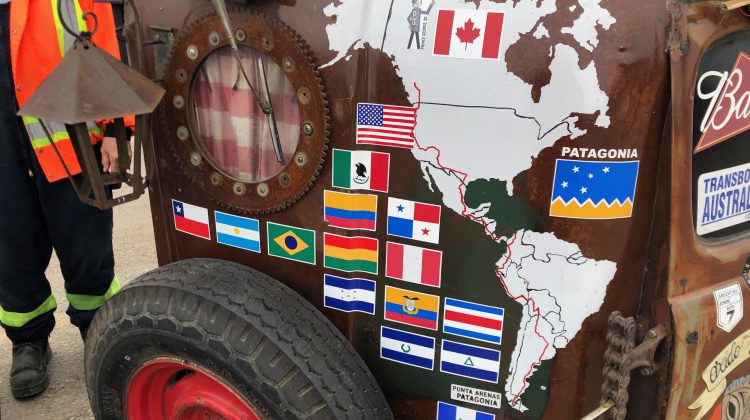 Marcelo Bahamondes’s rat rod car with a map showing where he has traveled and is traveling too, April 16, 2019 | Photo by Sawyer Bogdan

In an epic journey that started over a year ago, Prince George is only a stop along the way for Marcelo Bahamondes who still has a fair bit more to go until he reaches his final destination.

Bahamondes has a goal to drive his handcrafted rat rod from the southern tip of South America in Punta Arenas Chilli, all the way to the northern reaches of Barrow Alaska.