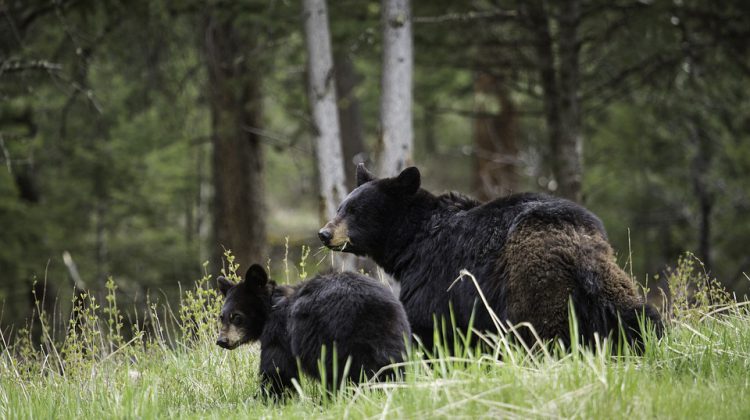 There has been another bear sighting in Prince George.

A mother bear and her cub were spotted Monday night at 7:00 in the backyard of a Jackson Crescent home by Ginters Park.

Dave Bakker with the Northern Bear Awareness Society told MyPGNow.com while we may not be seeing a spike in sightings from previous years, some of the more experienced bears are finding their way back to familiar places.

“When you look at the age of some of these animals that are being spotted in our neighbourhoods right now this isn’t the first time they have learned this. As natural food sources diminish they have an excellent memory and sights and senses kick into gear again.”

“The more fat resources they have, the greater the chances are that they survive the entire winter, there again, bears are returning to familiar food sources, if it’s been an increase in numbers we can’t really say but it happens year-after-year at this time.”

Last week, Ferguson Lake Park within city limits was the sight of a bear attack when a man was being chased through the lake and was pushed under the water on a number of occasions where he sustained minor injuries.

The attack was witnessed by Alana Bull, her dog, two kids, and mom last Wednesday, the park was subsequently closed for a few days by the City of Prince George and the BC Conservation Office (BCCO).

The BCCO is expected to conduct a blitz in Prince George on bear attractant audits where people can be ticketed for putting their garbage can out on the curbside the night before pickup.

“Placing your garbage out early lengthens the time when an animal may find that food source. Yes, it’s very important that we secure our attractants and putting your garbage can out before the time of pickup just increases the length of time bears can find it and get into it,” said Bakker.

“If you compare an urban environment to a natural environment bears are feeding off of natural food sources and as the food quality diminishes their system starts to slow down a little bit but when you start finding unnatural food sources that have a high caloric value, it keeps there systems more active for a longer period of time.”

He adds this can be a slow process that takes commitment but this will shorten the number of times bears spend in urban environments.